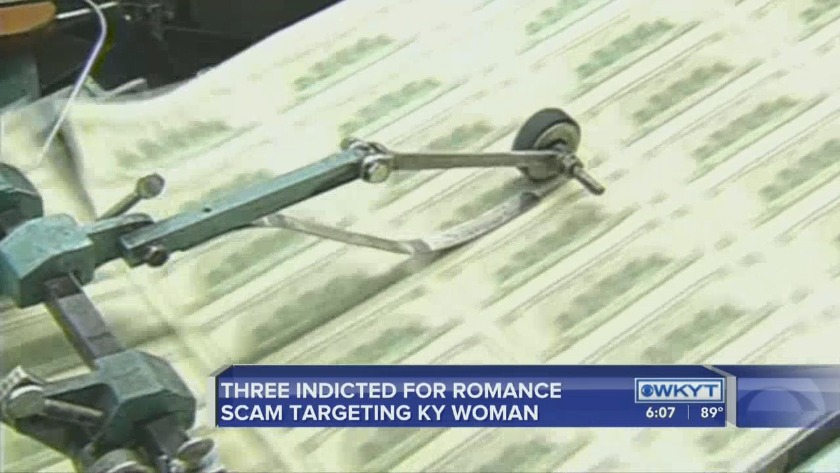 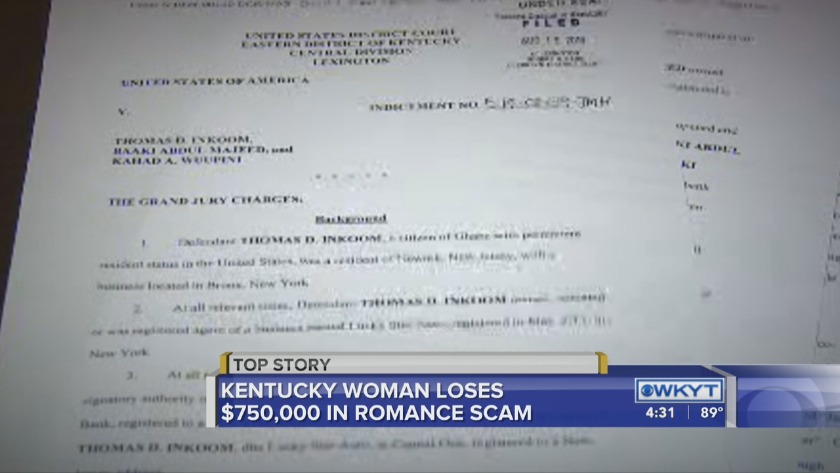 NICHOLASVILLE, Ky. (WKYT) - It is a scam investigators say cost a Nicholasville woman more than $750,000 and recently unsealed federal court documents show details about how it happened.

Baaki Abdul Majeed, Thomas Inkoom and Kahad Wuupini were indicted in August, as they are accused of pretending to be a sergeant in the U.S. Army in order to dupe the woman into a romantic scam.

"You don't believe something like this can happen, that someone can get bilked out of that much money," Heather Clary with the Better Business Bureau said. "With the internet and social media being what it is, it is easy to set up a fake account and start luring people in."

The victim believed she was in a relationship with someone named Sgt. James Nehmer. Through that lie, the men convinced her to send money for an investment in gold and silver that didn't exist. Investigators believe the Nicholasville woman mailed personal checks, cashier checks and cash, and at times the checks were as large as $95,000. The three men are accused of creating businesses to facilitate receiving the money.

The Better Business Bureau urges people to not fall for these traps, especially if it seems too good to be true.

"Does this sound right? Is this person too perfect to be true? Ask yourself the hard questions," Clary said.