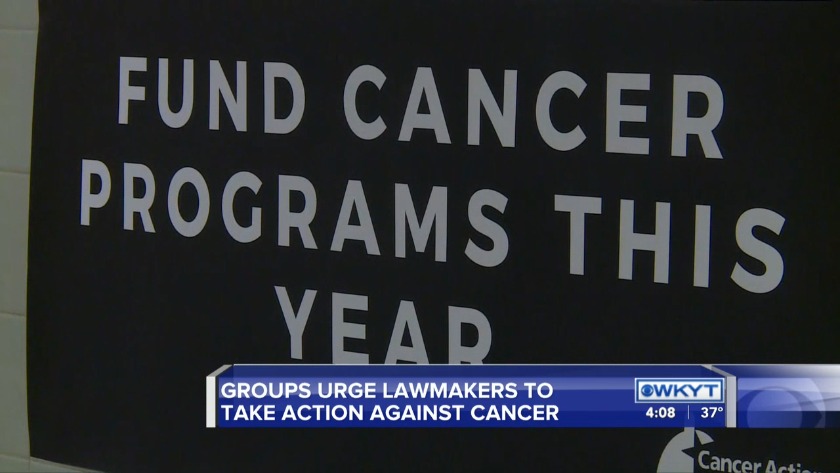 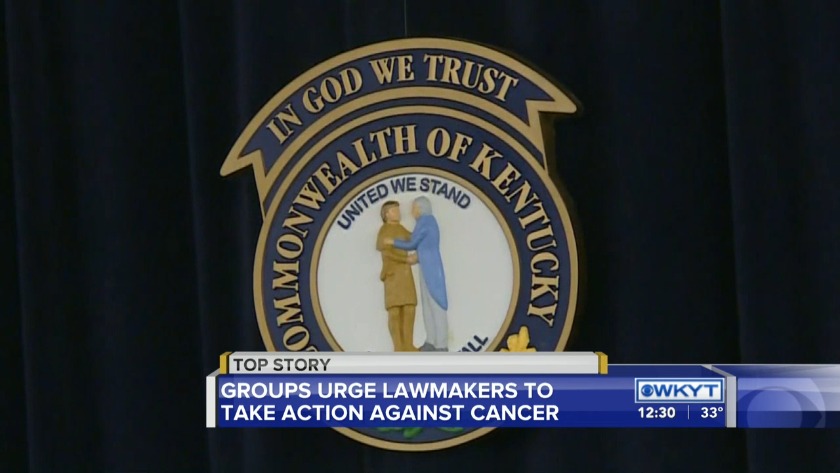 Stories of cancer survivors and others affected by cancer lined the halls during a cancer action day in Frankfort. (Photo: WKYT/Jim Stratman)

Patients, survivors, volunteers, and other advocates from across Kentucky converged in Frankfort asking legislators to increase funding for the fight against the disease.

“We’re hopeful,” says Pam Pilgrim, with the Kentucky American Cancer Society. “We’re trying to see every representative and every senator here to make sure they know what our message is, and what we’re asking for this year.”

They also asked that the government restore funding to the state’s Tobacco Cessation and Prevention Program, in an attempt to keep children from becoming addicted.

“We have a tremendous amount of lung cancer and other health issues related to smoking and we’re hoping the increase will help educate people and keep them from starting to smoke,” says Pilgrim.

Advocates tell WKYT they think their sessions went well, but they plan on following up with lawmakers.