After weak rural showing in primary, Beshear campaigns with Adkins in eastern Kentucky 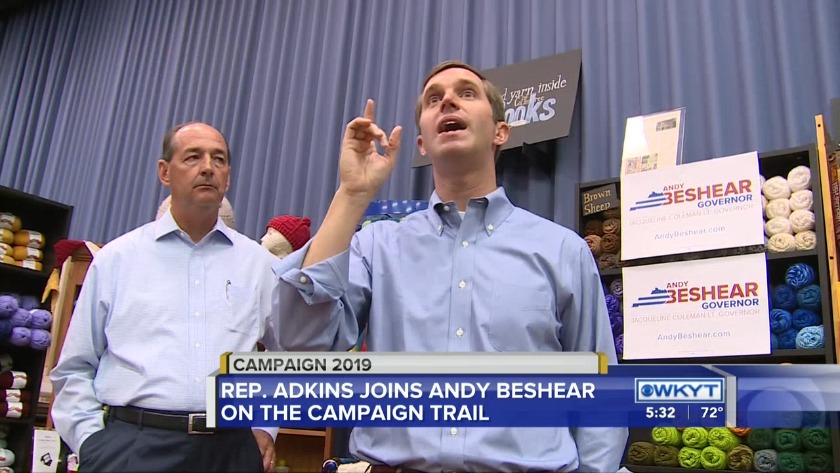 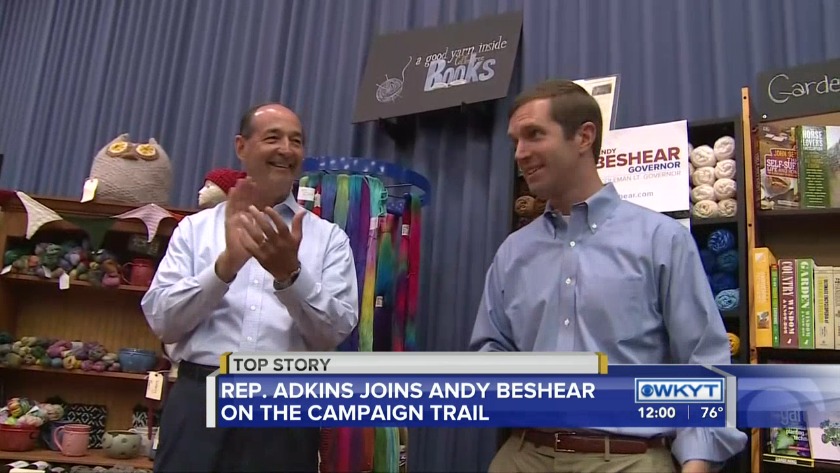 MOREHEAD, Ky. (WKYT) - Kentucky Attorney General Andy Beshear was able to win Kentucky's Democratic primary on the backs of voters in urban areas, but he is looking to broaden his appeal by campaigning with one of his primary opponents.

It was no secret Adkins had a strong showing among rural voting Democrats compared to Beshear, especially in eastern Kentucky. Adkins was able to win more than half of Kentucky's counties, but Beshear's stronger performances in Louisville and Lexington was more than enough for the attorney general to secure the party's nomination.

Despite the different backgrounds and policies, Adkins hopes these joint appearances can help bring more enthusiasm toward the Beshear campaign in areas that he won.

“The issues we face out there aren’t Democrat or Republican...not right versus left. They’re right versus wrong," Beshear said. "It’s whether we believe in public education...that basic healthcare should be affordable and accessible to everyone. We believe that there should be good jobs in every single community across Kentucky."

Many of the areas where Adkins received support are areas where Governor Matt Bevin lost to challenger Rep. Robert Goforth in the Republican primary. Bevin would go on to win with 52 percent of the vote while Goforth received 39 percent.

Some politicians and political analysts said during the primary Adkins was the most likely candidate to beat Governor Matt Bevin in the general election. Beshear and Bevin have a longstanding political rivalry that has spanned several years and lawsuits. Bevin campaign manager Davis Paine responded to the eastern Kentucky campaign strategy saying Beshear's record isn't in line with eastern Kentucky voters.

Beshear will also campaign with another Democratic foe, Adam Edelen, in Meade County in an effort to form a Democratic coalition that could potentially win in November.