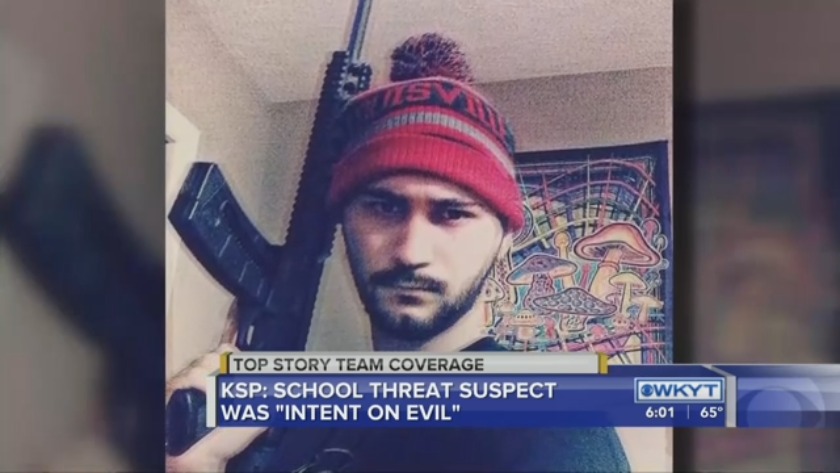 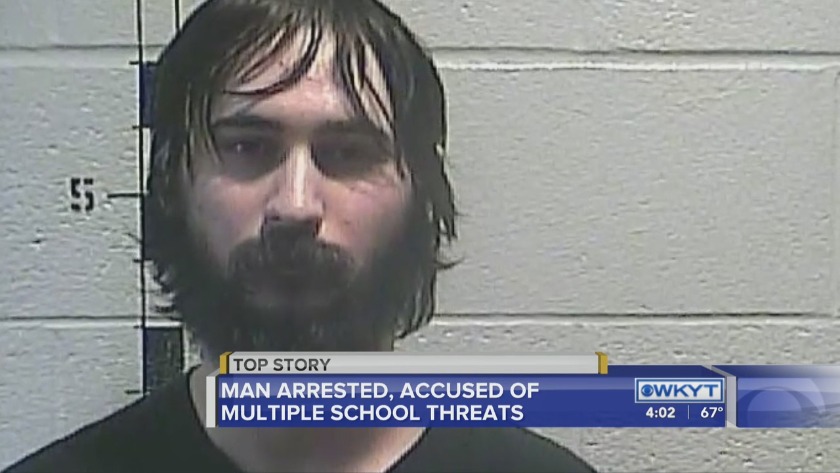 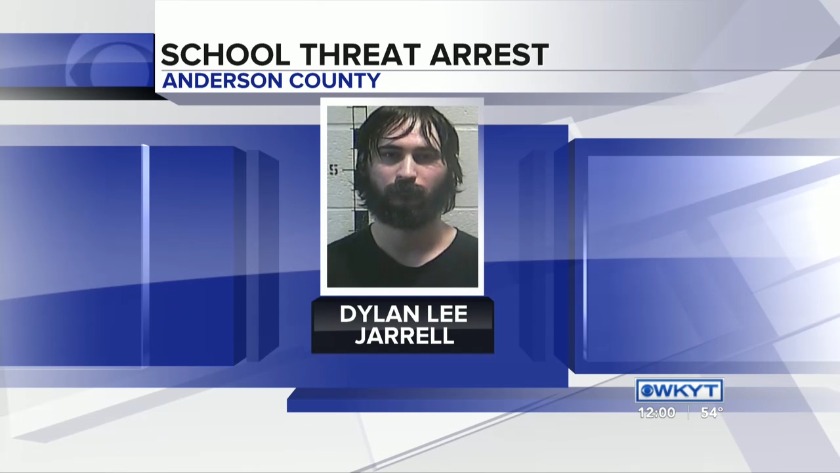 LAWRENCEBURG, Ky. (WKYT) - Kentucky State Police say a suspect is in custody in connection to a "high potential" threat that led to Anderson County Schools being closed Friday.

Troopers say 20-year-old Dylan Jarrell was arrested Thursday for terroristic threatening and harassing communications. Jarrell's arrest citation says he was a suspect in a school shooting threat, and he admitted to making the threats. After investigators searched his phone, they found evidence about school threats.

Jarrell was arrested Thursday, and Sanders said it happened in a very timely manner.

"He was caught backing out of his driveway with the tools he needed to commit this heinous act," state police commissioner Richard Sanders said.

Investigators discovered a firearm, more than 200 rounds of ammunition, a Kevlar vest, a 100-round high capacity magazine and a detailed plan of attack in Jarrell's possession during a search.

"There's no doubt in my mind that as a result of this investigation, we saved lives," Sanders said, "He had the tools necessary, the intent necessary, and the only thing that stood between him and evil is law enforcement."

Sanders specifically wanted to highlight the work of Trooper Josh Satterly, who worked the investigation after receiving a call from a New Jersey woman who investigators say was harassed by Jarrell. Sanders described Satterly as a humble, dedicated trooper who was still working the case while the 2 p.m. news conference was ongoing.

"The call came in from a victim to Trooper Satterly. He looked into this thing thoroughly," Sanders said.

In a Facebook post early Friday morning, Anderson County Schools said classes would be canceled because of a credible threat of violence. The post says administrators were contacted by Kentucky State Police regarding a "high potential" threat. The other threat was made toward Shelby County Schools. Jarrell was enrolled in the Shelby County district years ago, but he was not a recent student.

Jarrell could still face federal charges in this investigation.