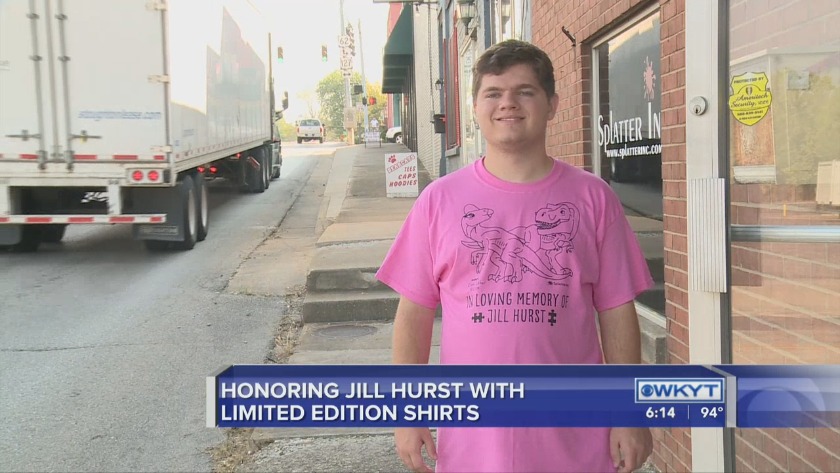 Her friends said it was her favorite color.

Hurst was part of Anderson County's 2019 graduating class and died days after being injured in a car crash.

Ryan Weber was a close friend of Hurst and designed a pink t-shirt to honor her.

Weber says Hurst loved when he drew dinosaurs. He believes the dinosaurs on the shirt represents him and Hurst.

The final touch on the shirt is a puzzle piece on the shoulder.

"I put the autistic puzzle piece on the shoulder because I'm autistic," said Weber.

The shirts are being sold at Splatter Inc. in Anderson County.

"Just since yesterday at noon we had over 28,000 impressions and we hope to sell over 5,000 shirts in the next three or four days," said Gabe Uebel at Splatter Inc.

"Her parents decided they were going to donate her organs to other people and her mom made a post on Facebook saying she wanted other people to enjoy Christmases with their children and they wanted to live their life through Jill," said Jenna Riley, who grew up with Hurst.

All the money raised will go directly to the Hurst family.