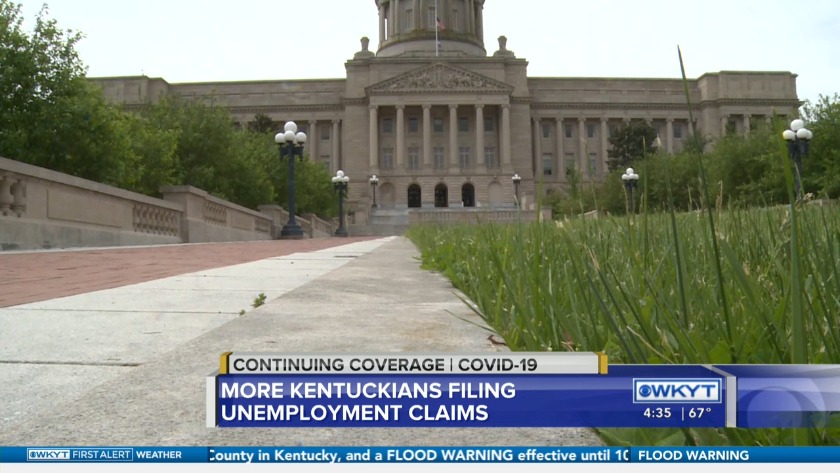 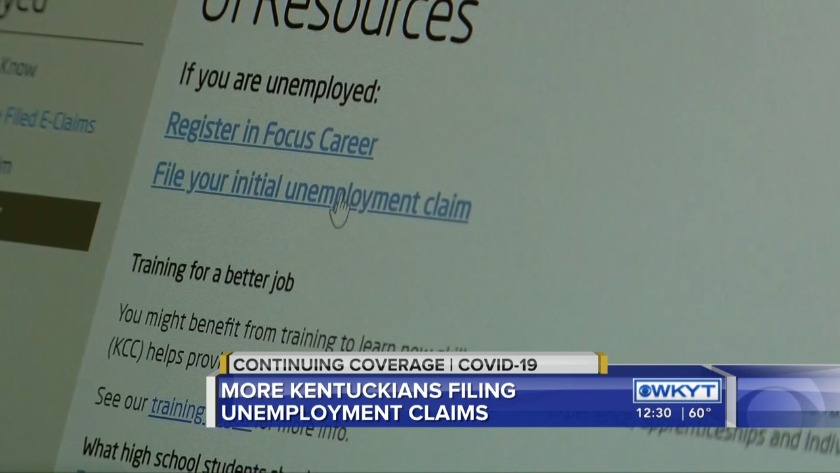 FRANKFORT, Ky. (WKYT) – Despite plenty of places reopening for business, thousands of people in Kentucky are still filing for, or trying to settle claims for, unemployment.

Nearly 800,000 people have filed for unemployment since March. Unemployment claims ending the week of May 16 increased by more than 47-thousand in Kentucky. All of those people will be trying to get benefits along with the people who filed in March and April.

Among them is Andrea Bahbah who worked as a Med Tech at a central Kentucky hospital. She lost her job because the patient census was reduced. She filed on April 5 and still has not received any money. What is worse is that she is expecting a baby and is very concerned about the lack of income. She says she has savings for now, but that will only last so long.

“None,” she explains. “I got the stimulus check that was issued by the federal government, and that was it. I still had some tax return money saved up. So with that, I was still fortunate to have that. Other than that, I have not had any kind of income.”

According to the Kentucky Center for Statistics, the April 2020 unemployment rate was 15.4 percent. That’s compared to the overall US rate of 14.7 percent.

The rate one year ago in Kentucky was only 4.3 percent.

State officials say the unemployment rate from March to April of this year increased by more than 11 percent.