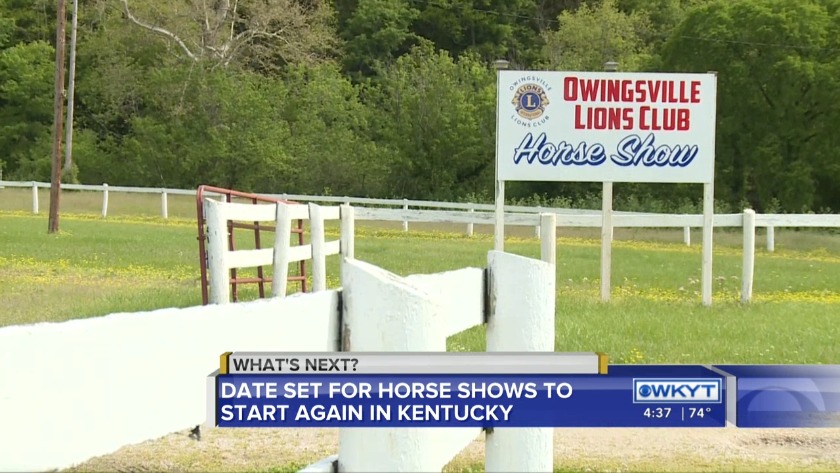 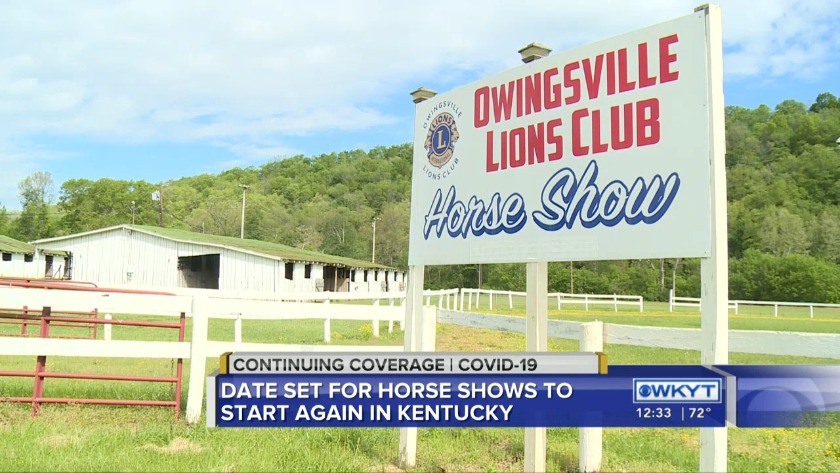 OWINGSVILLE, Ky. (WKYT) – As the governor continues to phase-in dates for reopening, there is one that may get some horse-loving Kentuckians excited - horse shows can resume June 8.

For organizers of the events, now is the time to sculpt some rules.

That June 8 date could not come at a better time if you ask the Owingsville Lions Club horse show: They say they’re months behind in competition.

Regardless, organizers say they are thrilled at the chance to saddle up once again but are working with some changes including having spectators stay in their vehicles and waiting for more exact details to come from the governor.

Their first competition is loosely scheduled for June 13.

They say fundraising has been way down from years past, but they expect the community to show up to support the horses and the riders.

“The idea is if we don’t have a horse show this year, are we going to be able to have a horse show next year? So, you try to do everything you can to preserve it for 2020 because it meant the future of the horse show in general,” explains Ginny Clark, one of the event’s organizers. “This will be our 76th year so you certainly don’t want to throw it away after 76 years.”

Like everyone treading in these uncharted waters, Ginny is still trying to figure out the exact logistics of when and how they will be able to have spectators come but she says they hope to have that sometime in the near future.

The organizer says this time yesterday they were thinking they may not even have a season. The governor’s announcement came as a surprise to them.