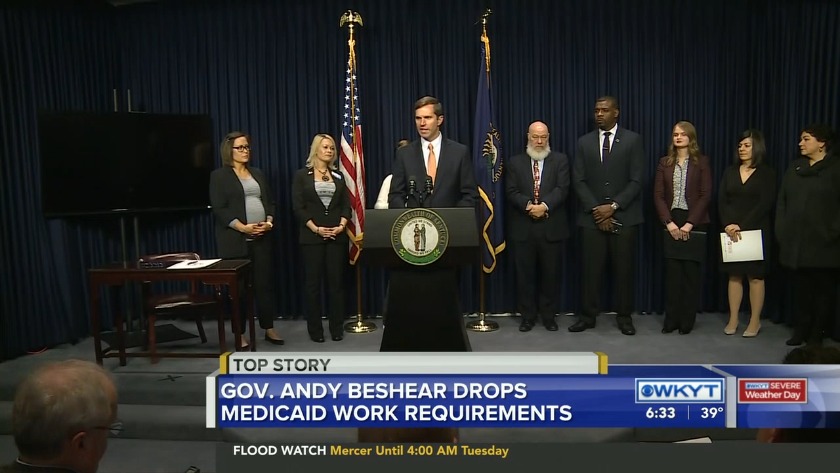 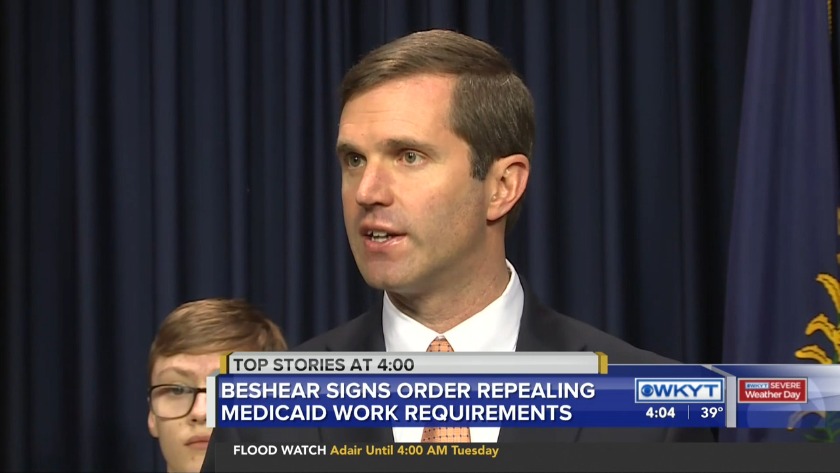 Beshear and his administration notified the Centers for Medicare and Medicaid Services, ending the project that required Kentuckians to meet certain work or volunteer requirements to have health care coverage.

The Government Accountability Office has provided that the waiver project would cost Kentucky an estimated $271.6 million in 2019 and 2020 to implement.

Beshear has called health care a "basic human right." He also said he would fight for mandatory coverage of preexisting conditions.

“Health care is a basic human right, and every Kentucky family deserves to see a doctor and receive treatment when they are sick,” Beshear said.

Beshear also addressed Bevin's pardons, saying transparency will play a big role in any order he signs during his administration.

"You will not see this type of action out of me. What you will also get is an explanation of the reasons behind any of the pardons that we ultimately give because there needs to be transparency in this process as well," said Beshear.

Gov. Beshear also said he would speak publicly about the reasoning for any pardon he granted.