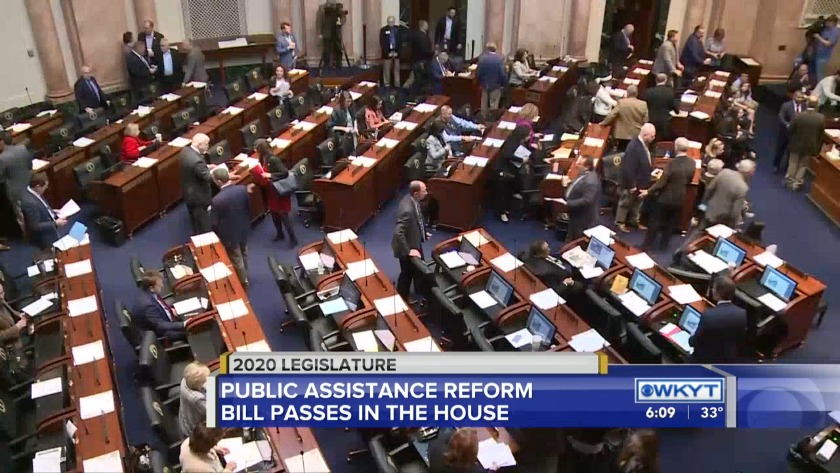 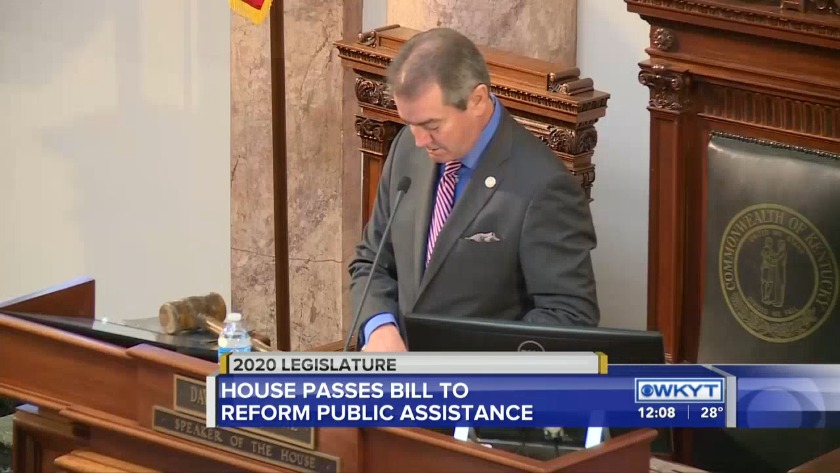 House Bill 1 was the subject of much debate in Frankfort on Friday. (Photo: WKYT/Phil Pendleton)

Representative David Meade of Stanford, who sponsors House Bill 1, says the bill will cut down on fraud or abuse, as well as place all benefits on the same card.

The bill was the subject of a lot of debate, however, with opponents saying it could hurt the poor or those with disabilities.

If made into law, the bill would prevent cash withdrawals from an EBT card. It would also set up provisions where people would not lose health insurance benefits when transitioning into the workforce.

“We are trying to find a good balance between compassion, to help those folks in those situations who truly need care and help in these public assistance programs, but also, a balance of accountability,” says Rep. Meade.

There are some penalties, however, for selling benefit cards. Rep. Meade says children would be exempt from losing benefits. Detractors, however, say the bill’s penalties for misusing cards are too harsh.

“As many people that we have on assistance, that our state would take these draconian measures in punishing those who are probably living the toughest lives that many of us could not endure,” says Democratic Representative Derrick Graham.

House Bill 1 saw numerous floor amendments added, most of which were defeated. The bill will now go to the Senate.