Cleanup underway in Cynthiana after flooding 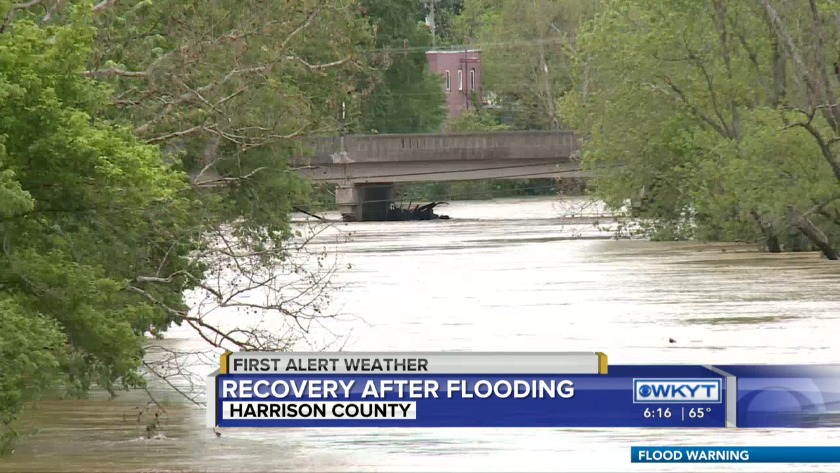 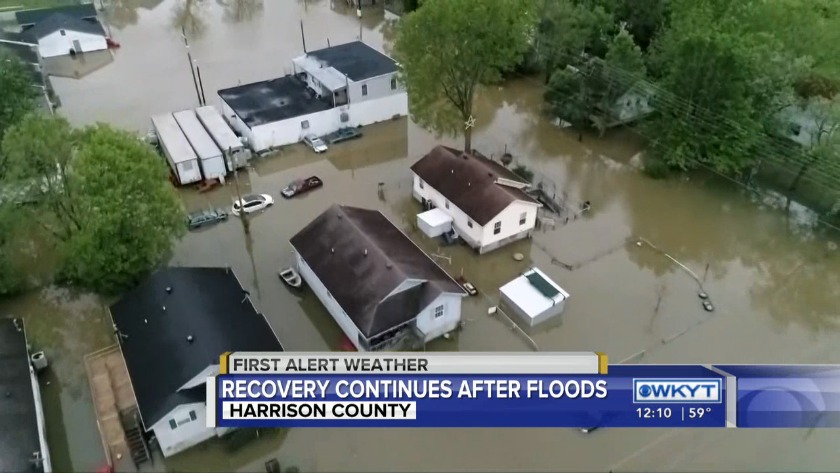 WATCH Cleanup underway in Cynthiana after flooding this week

CYTHIANA, Ky. (WKYT) - While some areas remain flooded around Cynthiana, the water levels along the South Fork Licking River continue to decrease.

While some areas remain flooded around Cynthiana, the water levels along the South Fork Licking River continue to decrease. (WKYT)

Just Wednesday, the area around Popular and Penn Street was covered in about two feet of water. Now, only puddles remain as crews clean up the streets and residents return home.

Roughly 6 inches of rain fell across the region on Monday and Tuesday that brought water levels on the South Fork Licking River up to 22.4 feet. That goes down as the 8th highest crest on record, but as residents finally get a chance to return home, they say they’re thankful it didn’t get any higher.

I’m back in Cynthiana today as water levels continue to decrease. River Road remains closed at this time, but several residents are returning home for the first time as water no longer floods their neighborhoods. @WKYT #KYwx pic.twitter.com/eDp9ARAAlt

“We was hoping the water wouldn’t get in, but you see almost all at the top of the new brick right there, about another foot and it would have gotten inside the house," said William Hill who lived through the 1997 flood.

Now, even though there’s more rain coming into the forecast both Thursday and later on this week, fortunately, river forecasts show it continuing to decrease, so flooding shouldn’t be a continuing problem.

Hill says that after losing his house to the 1997 flood, they did end up raising it even more, which has now saved him from several other floods.