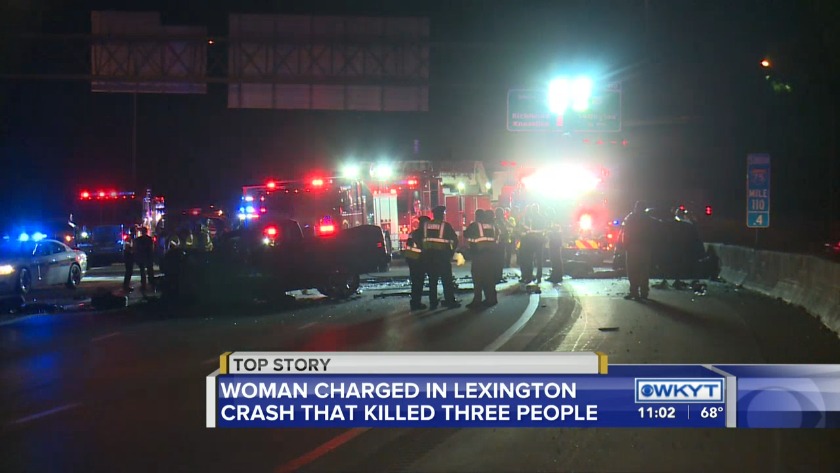 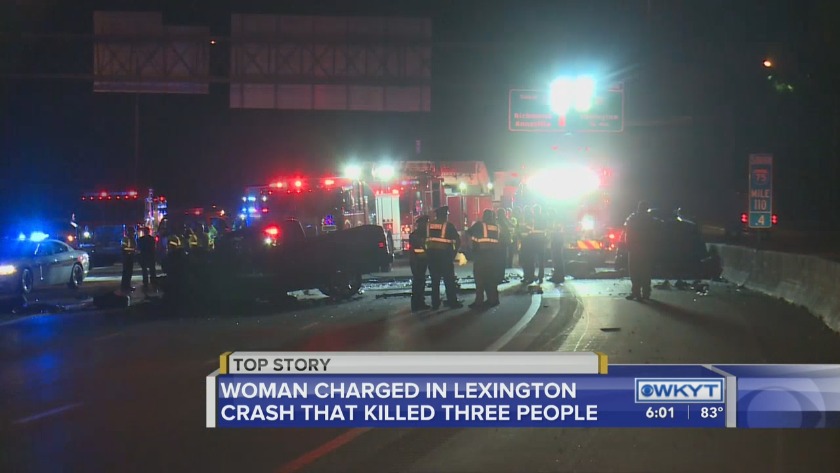 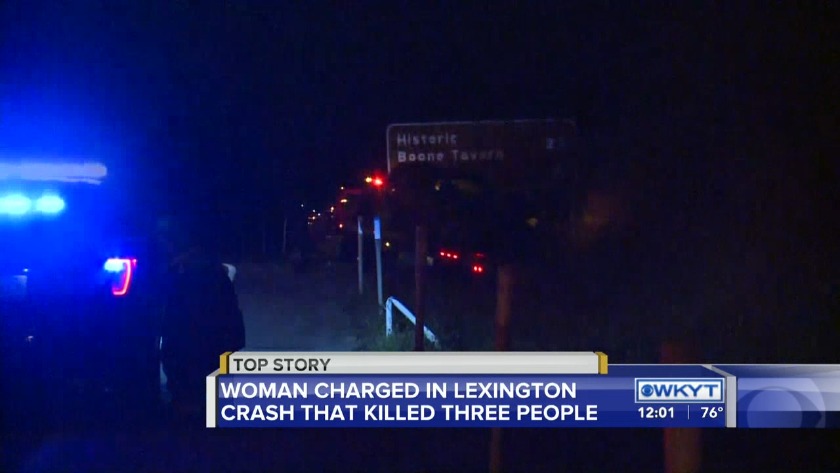 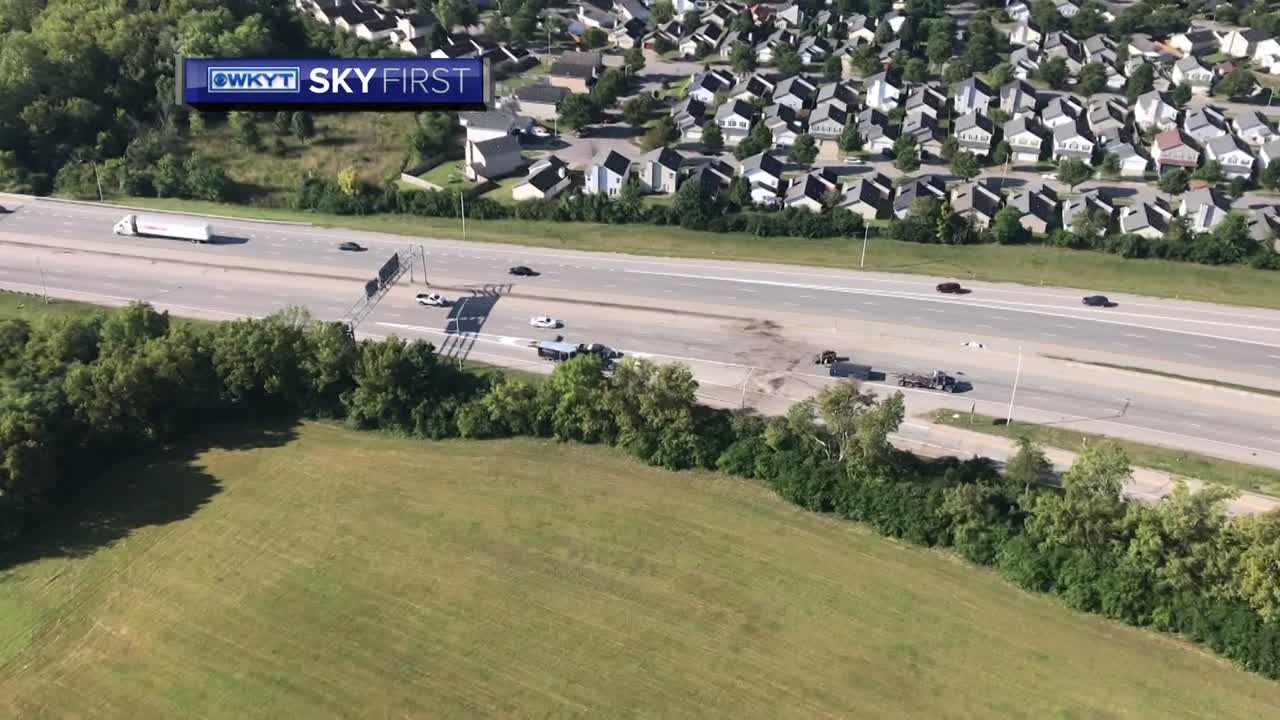 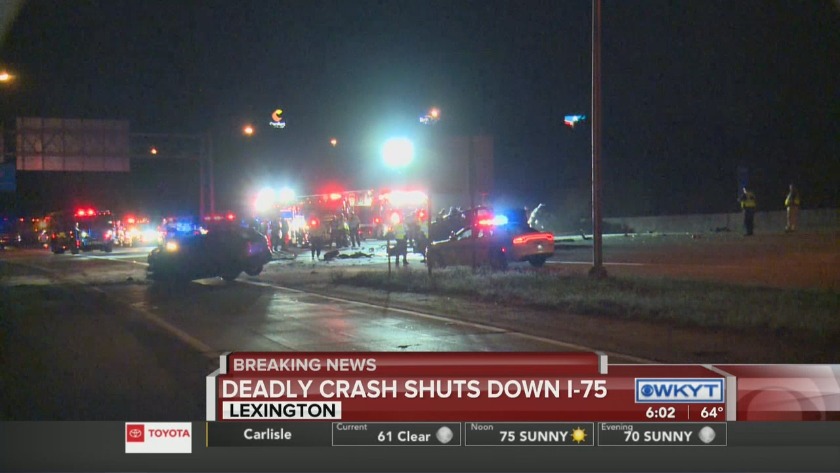 WATCH: Deadly crash shuts down stretch of I-75 in Lexington

LEXINGTON, Ky. (WKYT) - A stretch of I-75 has reopened in Lexington, following a crash late Wednesday night that investigators say killed three people.

Police say a woman is facing a DUI charge after a wreck killed three people on Interstate 75. (Twitter: @Seth_Dugan)

Officers say three cars were involved in the crash in the northbound lanes near the southern split, a little after 10 p.m.

Winchester police say 42-year-old Tammy Rodriguez was involved in a pursuit with authorities in Clark County before entering Fayette County. While in Clark County, a sheriff's deputy tried to pull her over because they suspected she was driving under the influence. She was crossing all three lanes of the interstate at a high rate of speed. The police department took over the chase because they had more units in the area.

Winchester police followed Rodriguez into Fayette County, where Lexington crash investigators say she merged from I-64 west to I-75 north before making an abrupt u-turn while staying in the northbound lanes. This led to Rodriguez's pickup hitting a passenger vehicle head-on along with another passenger vehicle.

Rodriguez is charged with DUI and having no operator's license. She could face additional charges in the investigation.

Winchester police say she has several pending charges including reckless driving, fleeing/evading police and five counts of wanton endangerment of a police officer.

Rodriguez has a long criminal history which includes four prior DUI arrests.

Communities create their own policies hen it comes to police chases. Lexington Police will only chase under certain circumstances. It is unknown what the policy for Winchester Police is.

Last car to get through the exit before before shut down. pic.twitter.com/4oMCnFH4QK

Significant congestion on inbound Winchester Rd between I-75 and New Circle Rd as a result of the extra traffic from I-75N. https://t.co/2Z0p7lBZ7E