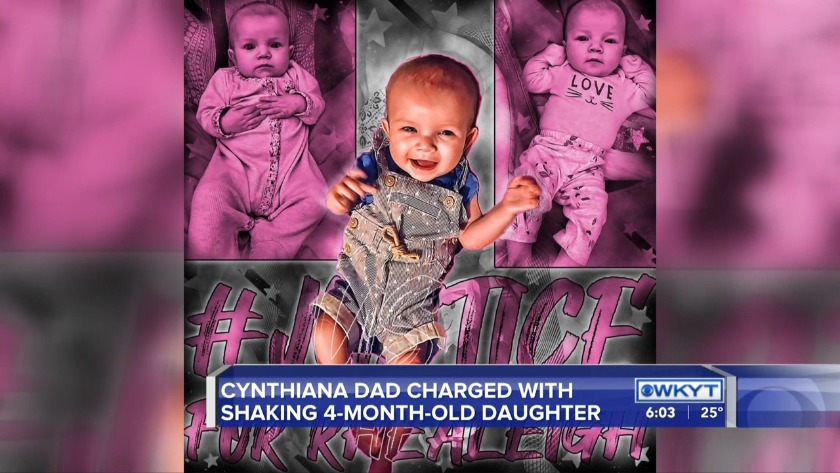 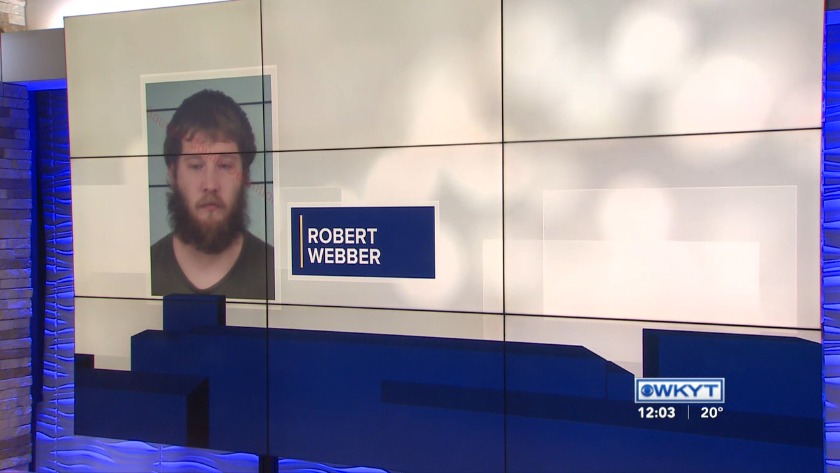 CYNTHIANA, Ky. (WKYT) - A Cynthiana man is facing an assault charge after he admitted to police he shook his 4-month-old daughter multiple times to get her to stop crying.

Robert Webber is charged with first-degree assault after he admitted to shaking his 4-month-old sending her to the hospital. (Bourbon County Detention Center)

While at Kentucky Children's Hospital, Cynthiana police learned the baby had a history of brain bleeding, broken ribs and a fractured skull.

The baby's mother, Chellsea Vergara, confirmed she is not allowed to visit her daughter at UK Hospital for the child's safety.

According to police documents, during an interview at the hospital, Webber admitted to shaking the baby, named RheaLeigh.

Police said the most recent time the baby left a red mark on Webber's arm from the repeated hitting of her head.

Webber was arrested at Kentucky Children's Hospital in Lexington just before 11 p.m. that Friday night.

The child's mother, Chellsea Vergara, tells WKYT the baby is in critical condition and underwent another procedure on her head Monday. She says doctors and nurses have the baby stabilized, at last check.

Vergara says she couldn't imagine the situation happening to her family.

“I just never thought I’d have to go through something like this. Ever. The person that I laid in bed next to hurt his own kid, my kid at that. It’s a hard thing to deal with," said Vergara.

The mother told WKYT she plans to divorce Webber.

WKYT reached out to Webber for an interview at the Bourbon County Detention Center. He declined the offer.

WKYT has learned, at one point, Webber faced a conspiracy to murder charge for an unrelated incident back in November 2015.

Through court records, WKYT found that Webber's charge was amended to a misdemeanor charge of unlawful transaction with a minor. Webber pleaded guilty to that charge and was given a two-year diverted sentence.