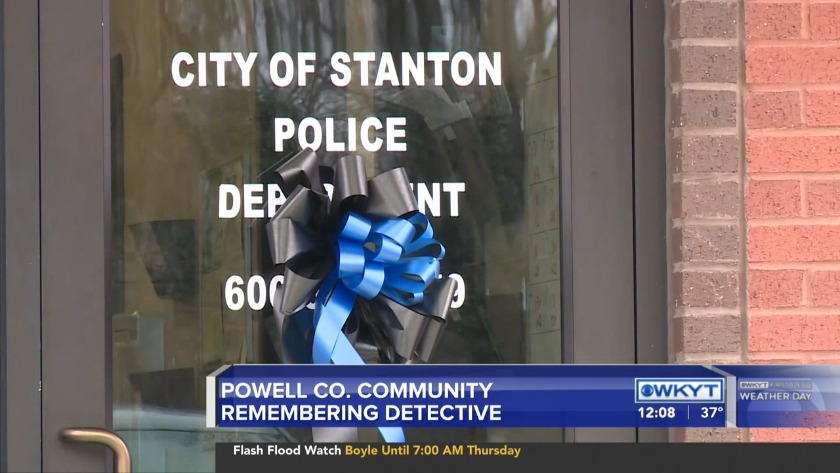 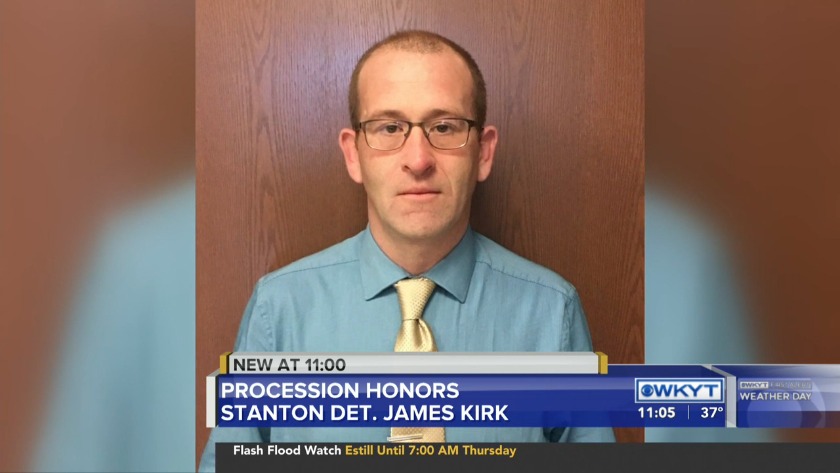 Photo of Det. Kirk from an interview with WKYT in 2016.

The officer was taken to Clark Regional Medical Center in Winchester where he was pronounced dead.

Investigators are checking to see if his death will be considered in the line of duty.

Kirk's body was taken to a funeral home in Powell County Tuesday evening by a police escort.

Wednesday, the Stanton Police Dept. had a black and blue ribbon hanging up outside the door to remember Kirk.

Kirk's family is now in the process of organizing funeral arrangements.