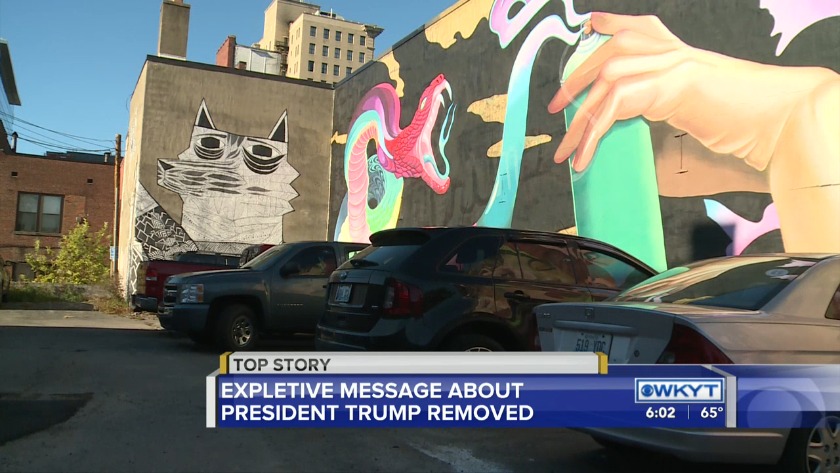 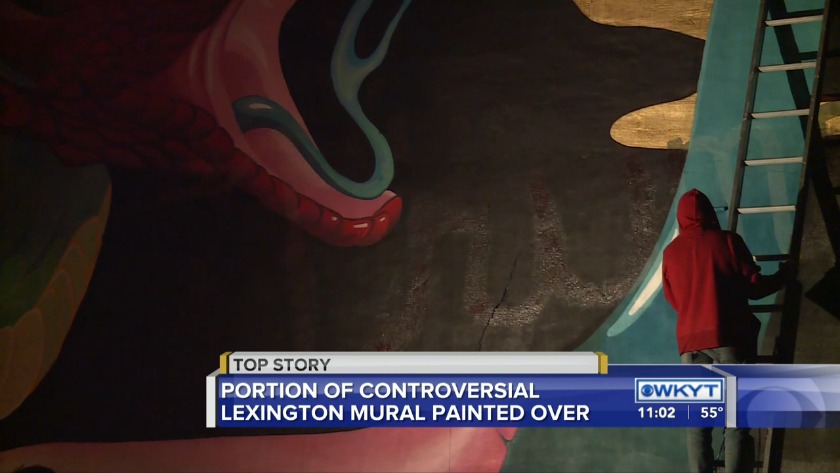 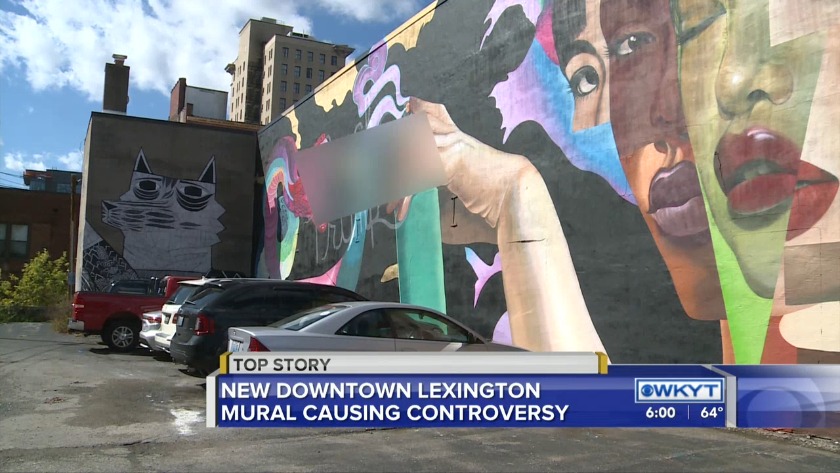 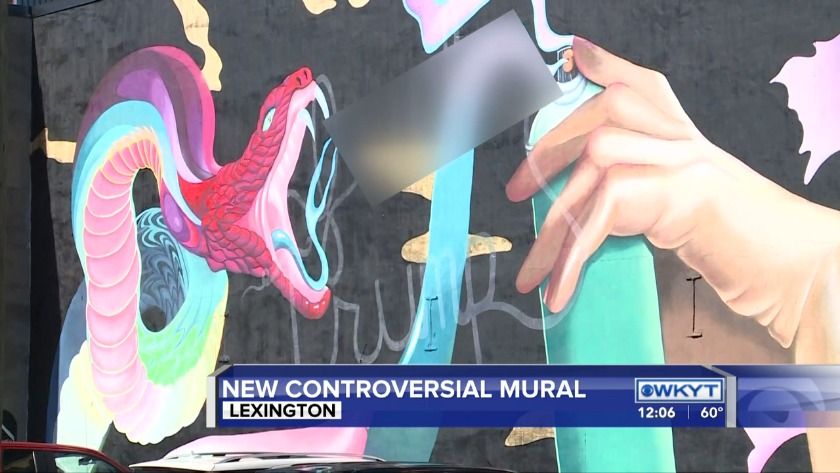 LEXINGTON, Ky. (WKYT) - A new mural in downtown Lexington was modified not long after it was finished after someone removed a hidden message critical of President Donald Trump.

Someone painted over part of a mural with an expletive message directed at President Donald Trump in downtown Lexington. (Photo: WKYT)

PRHBTN art gallery posted a photo of the mural on Facebook which contains the message, "F*** Trump." The mural, which is titled, "The Devil Is In The Details," is on the building at 139 West Short Street. The mural is visible from Church Street.

Tuesday night, a man was seen on a ladder painting over part of the mural.

He claimed he was hired by the owner of the building to remove the message. Lexington police told WKYT the same thing and said he would not face any charges.

The gallery's Facebook post states the mural was done by ELLE Street Art. The message appears just to the right of the snake's mouth.

"This isn't politically motivated," ELLE told WKYT. "This is against a man who's a misogynist and who I don't think should be our leader."

Attorney Michael Davidson owns the building, and he said he had no idea the mural would contain the words when PRHBTN contacted him about placing the artwork there.

Although Davidson never endorsed the message, he initially agreed to keep it up, but changed his mind after listening to callers. Last night Davidson he asked a painter to cover the words... being careful not to ruin anything else.

Davidson said he had a "barrage of emails and phone messages" directed towards him because of what was originally on the building.

"I watched it as it was being done, I had no idea," Davidson said. "Apparently that was done at the last minute."

The work has led to some praise and criticism from onlookers and people on social media. Some have expressed support for it while others are calling for it to be painted over.

"As far as the President, I don't have anything against the man," Robert Bussell said. "I think he does pretty good myself." Bussell also said he didn't support the language used in the message.

Matthew Wiley, on the other hand, said the language echos how many Americans feel. He said he has an office in the building where the mural is located.

"It is a reference to him and how people feel about Trump and politics right now," Wiley said. "A lot of people in this country, if you look at the polls, feel the same way."

City of Lexington spokeswoman Susan Straub said there was nothing city workers could do to remove the message.

“This is a mural on a private building. No public dollars are involved in this mural," Straub said. "As much as we don’t agree with the use of vulgarity, this is a free speech issue.”

"I still will defend that mural as strongly as I defend this building," Davidson said. "It is awesome, I love it, it is tremendous talent."

Davidson says he's open to having more artwork on his building, but next time he wants to know exactly what the content will be and wants to see a "scale draft" before it's put up.

Prohibition, a local arts group that brought the artist ELLE to Lexington, released a statement saying they agree with Davidson's decision. It adds they stand behind every one of their artists, including ELLE.

A New York artist has painted a mural in downtown Lexington near the corner of W Short St and N Limestone. If you look closely she’s also included the words “F*** Trump.” Stay tuned to hear her thoughts about the mural and how people in Lexington are reacting. pic.twitter.com/cGaxQhLAlO