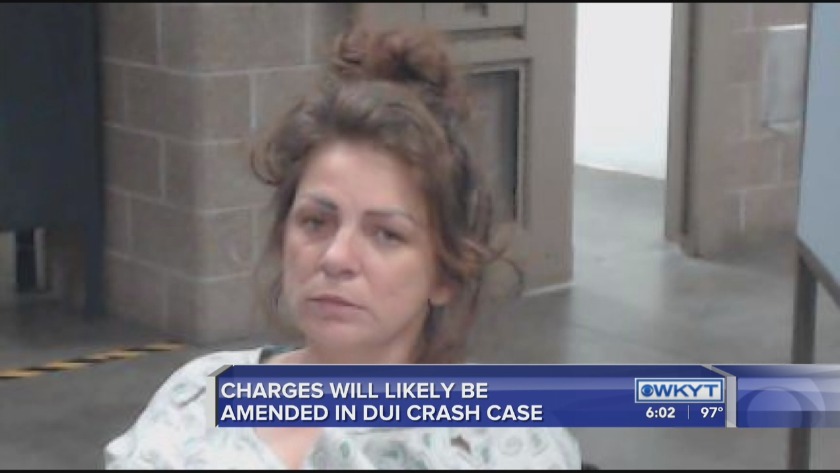 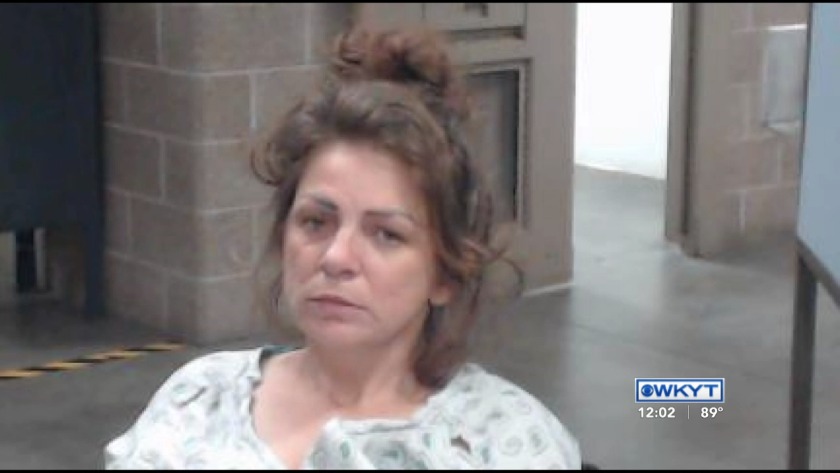 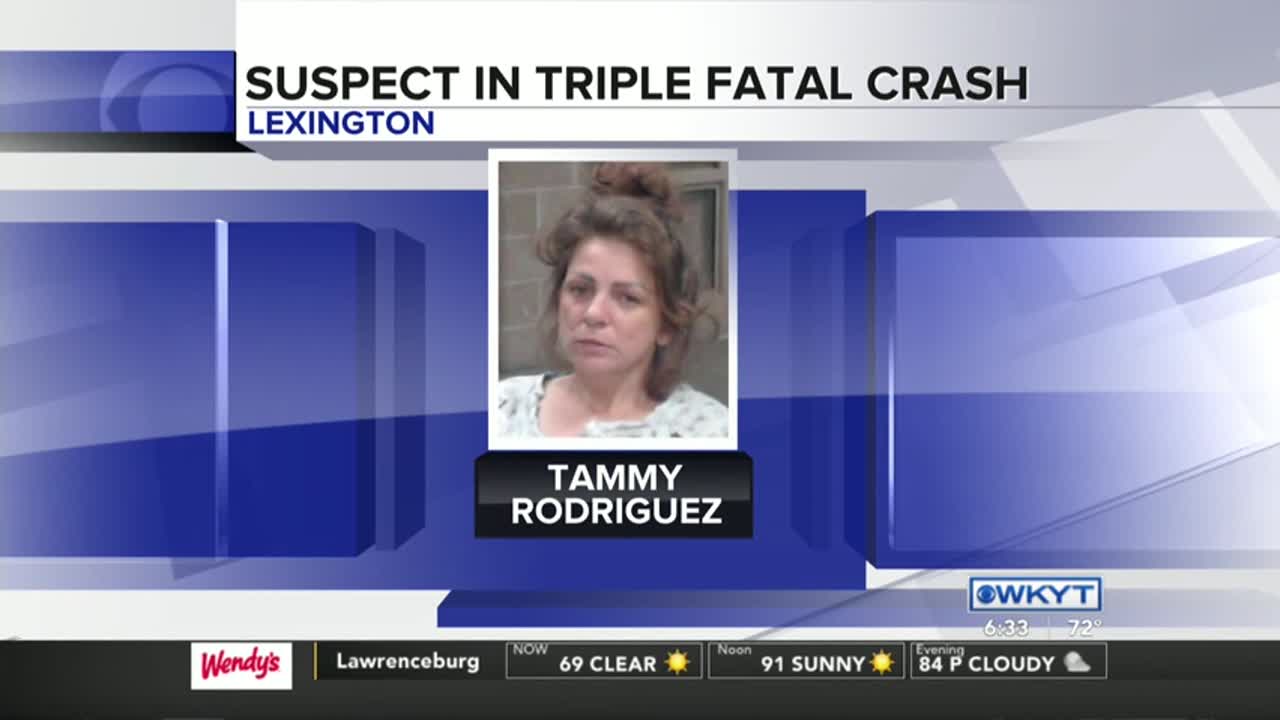 LEXINGTON, Ky. (WKYT) - A woman charged in a crash that killed three people in Lexington had her first court appearance Friday.

Tammy Rodriguez is now in jail where she faces charges related to a crash that killed three people in Lexington. (Photo: WKYT/Fayette County Detention Center)

Tammy Rodriguez was arrested following the Sept. 4 crash on Interstate 75.

She spent a week in the hospital before being booked into the Fayette County Detention Center on Sept. 12.

Investigators said the crash happened following a chase that started in Winchester. Authorities in Clark County attempted to pull over a driver who was seen swerving.

The chase led officers into Fayette County where police said the driver did a U-turn in the northbound lanes before hitting a car head-on and damaging a third vehicle.

Police determined Rodriguez was driving the truck they were chasing.

Two passengers were in the truck with Rodriguez, including her sister, Debbie Bevins, 35, of Pikeville, who died in the crash.

Two people in the car hit by Rodriguez were also killed; Taylor Denise Blevins, 26, of Georgetown and Caitlyn Danielle Bailey, 20, of Georgetown.

Rodriguez was charged with DUI and having no operator's license. A prosecutor said she will have more charges at a later date.

A judge set her bond at $5,000 cash. Rodriguez has a holder from another county, which could be Clark County because she faces charges there because of the pursuit. Her next court appearance is Sept. 24.