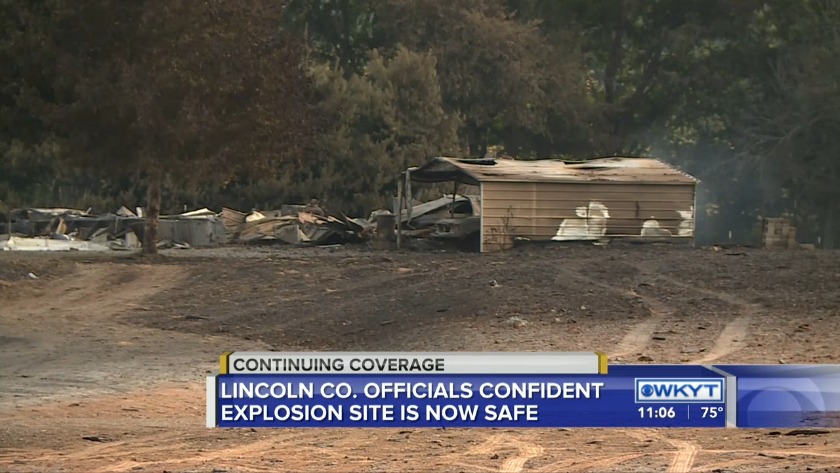 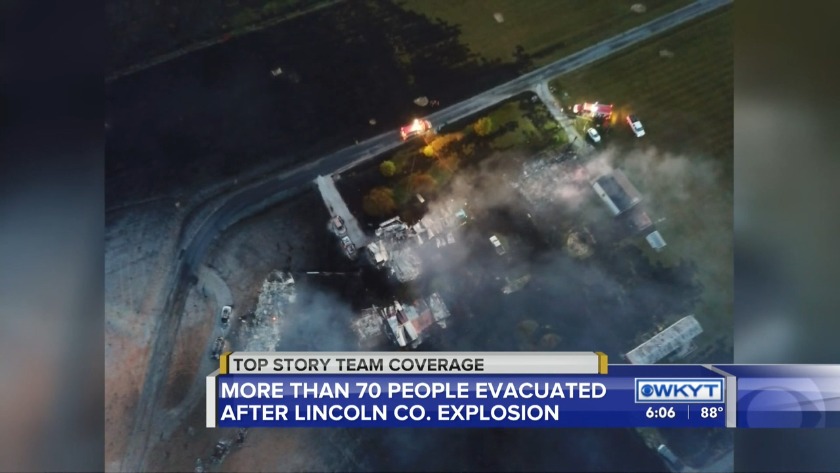 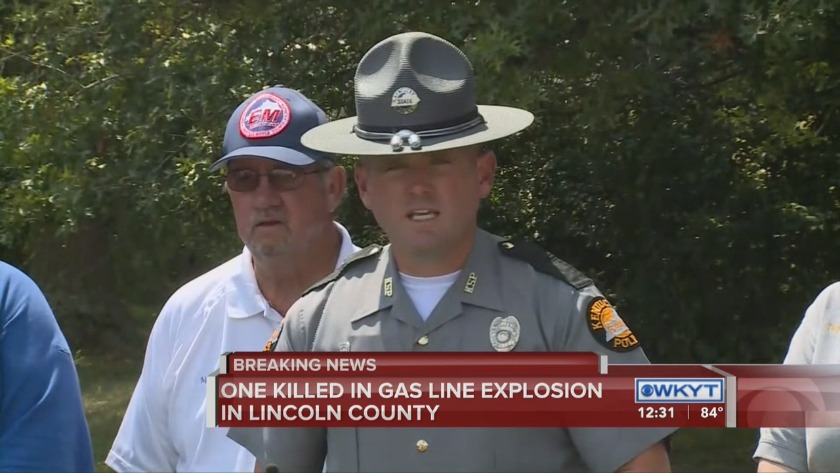 WATCH One killed in gas line explosion in Lincoln County 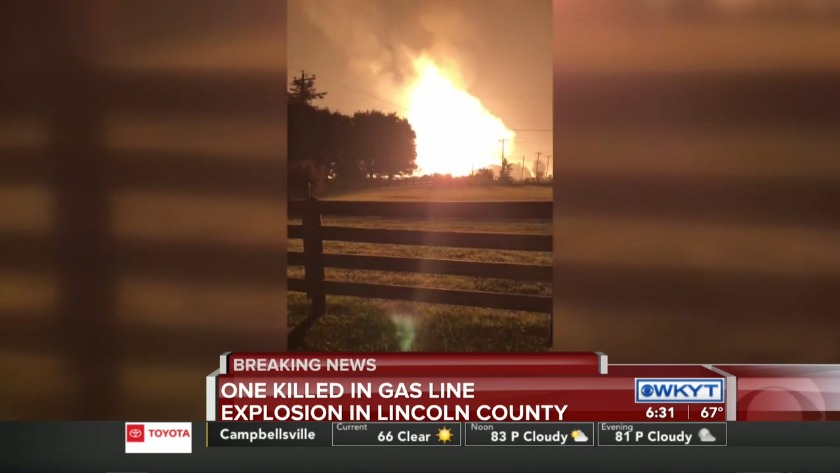 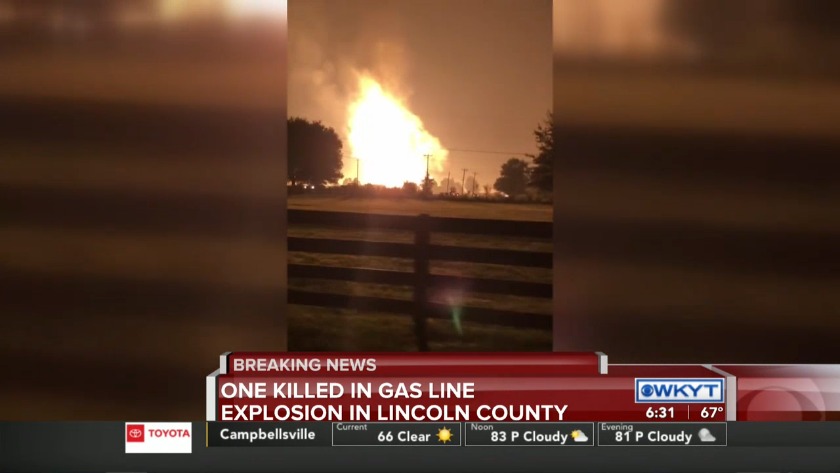 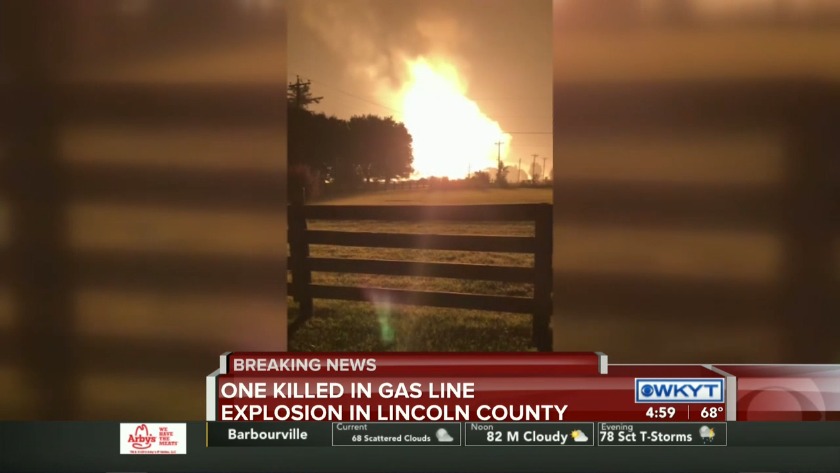 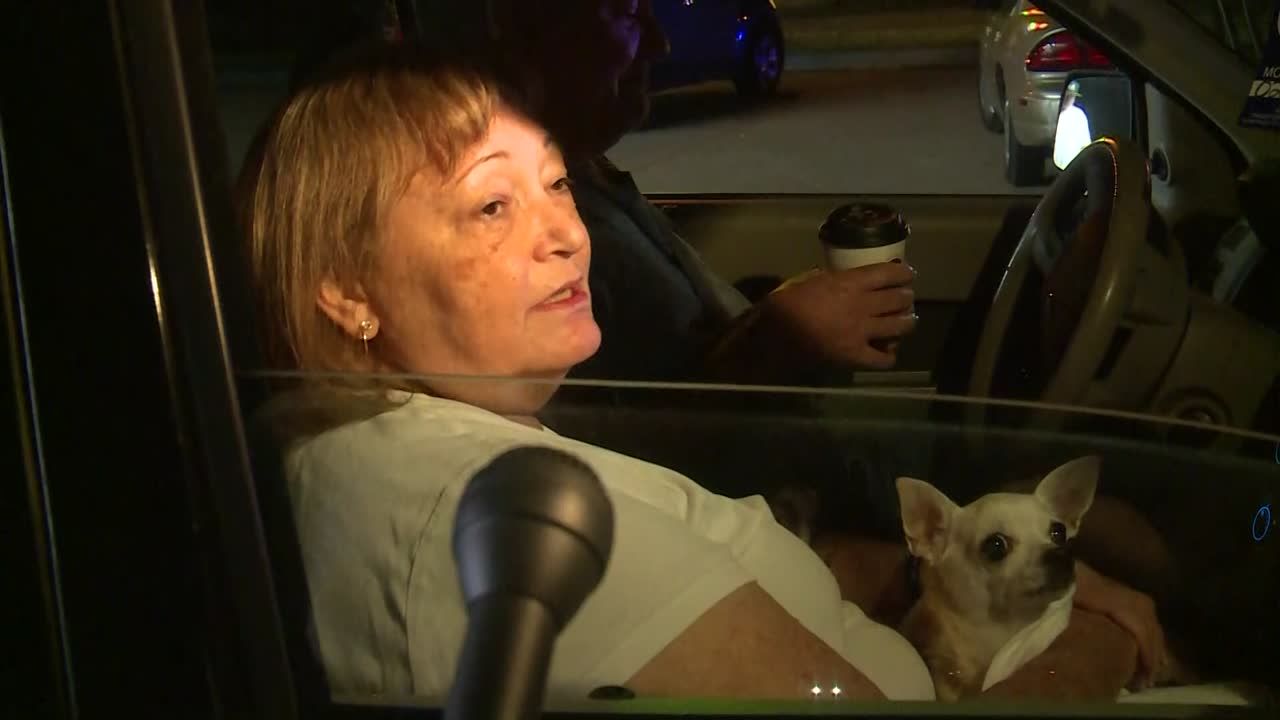 This photo is taken from Ky. 2141 in Moreland. The explotion shook the viewer's house and people in the area could feel the heat. (Naomi Hayes)

The Lincoln County Coroner's Office has identified the victim as Lisa Denise Derringer, 58, of Stanford.

Authorities say the explosion happened in the area of Bowens Loop Road in the Moreland community near Junction City and Hustonville. U.S. 127 was closed in the area as a result, as emergency directors have set up a command center. At its peak, the flames reached approximately 300 feet in the air.

Several structures caught fire in the area of the Indian Camp subdivision. Those flames were extinguished Emergency managers say five others are injured. Everyone else was accounted for.

Emergency managers say a ruptured gas line was the cause of the explosion. Crews have been able to shut off the gas. At least 75 people evacuated from the scene. Some of those displaced went to New Hope Baptist Church for shelter. Some have since left the shelter and returned to their homes. At least five homes were destroyed, and others were damaged.

The pipeline is the Texas Eastern Transmission, which is owned and operated by Enbridge. The pipeline stretches more than 9,000 miles ranging from the Mexican border in Texas to New York City.

"Enbridge is aware of and is responding to a rupture on the Texas Eastern system in Lincoln County, Kentucky. Our first concern is for those impacted by this event and ensuring the safety of the community. Our teams are coordinating with first responders to secure the site. We have isolated the affected line and are working closely with emergency responders to manage the situation. We will provide more information as it becomes available," a company spokesperson said.

The company also says that the National Transportation Safety Board has assumed control of the incident site.

Neighbors whose homes were impacted by the fire met Thursday night at New Hope Baptist Church in Moreland. They were able to speak with emergency management leaders, ask questions of Enbridge officials, and get help from the Red Cross.

Emergency management officials say they will be back out at the site on Friday morning to continue assessing the damage.

Authorities are asking the public to stay away from the area. Jodie Coulter lives near where the explosion happened, and she said she was able to get to safety with her husband but not before she suffered burns.

“It was hot. Look at the siding, and you could see it melting," Coulter said. "I had to get away from there as fast as I possibly could.”

Viewers in several counties reported seeing the fire, including people in the Lexington metropolitan area.

You can click here to view the National Pipeline Mapping System. It allows you to see if there are any pipelines with hazardous materials near where you live.

Below are videos and photos from eyewitnesses. Some of the content may not be suitable for all audiences.

Massive explosion and fire across northern Lincoln County. You can actually see this happen on radar. Wow! #kywx @WKYT pic.twitter.com/2Qtg5Rixfk

127 at Bowen Road near Moreland, south of Junction City still closed after major fire and explosion. More on @WKYT pic.twitter.com/nAPIcpmYyG

The area is void of grass and vegetation, and the coals are smoldering as officials continue their investigation. pic.twitter.com/4duxmcnzwt