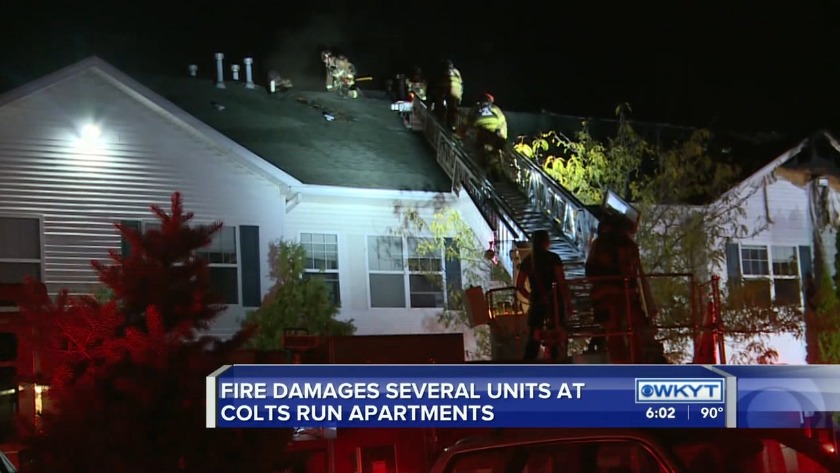 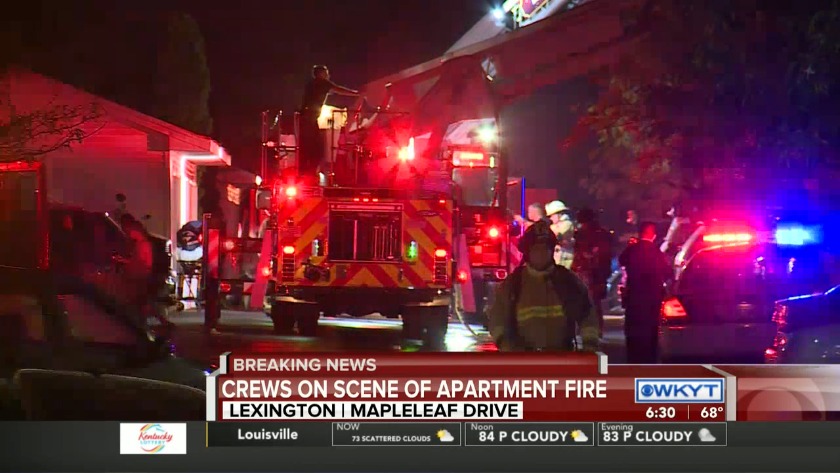 LEXINGTON, Ky. (WKYT) - Fire crews are on the scene of an active apartment fire in Lexington that broke out Saturday morning.

Crews were called to the apartment fire around 4:30 a.m. (Photo: WKYT)

The fire is at the Colt's Run apartment complex on Mapleleaf Drive.

People were inside the apartments, but crews say everyone evacuated safely. One cat is confirmed to have died in the flames.

Some residents tell WKYT they woke up to smoke inside their apartment, while others say they were awakened when crews began knocking on their door.

According to firefighters, multiple units at the apartment complex were damaged, though they have not released exact numbers.

Apartment managers say they are working with some of the residents on finding a place to stay while damage is assessed.