Flights continue at Blue Grass Airport, but many have been canceled 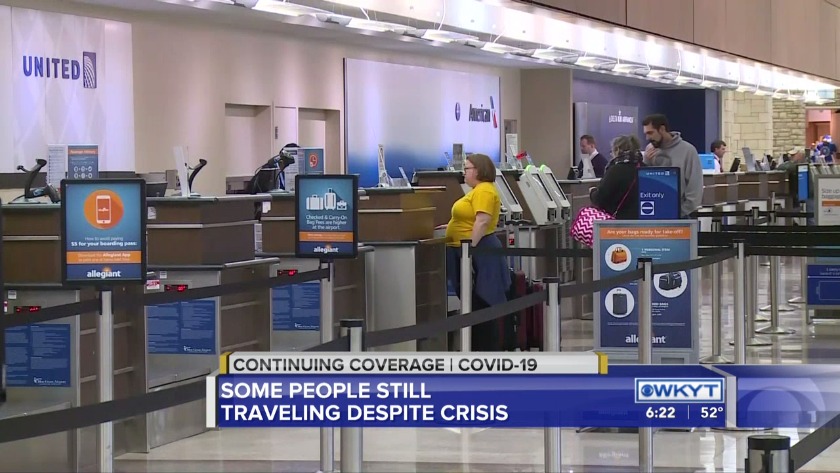 WATCH Flights continue at Blue Grass Airport, but many have been canceled

WATCH Flights continue at Blue Grass Airport, but many have been canceled

LEXINGTON, Ky. (WKYT) - There are still flights coming and going at Lexington's Blue Grass Airport, but you can definitely tell the number has dropped.

The people we spoke with who were flying told us they were only doing it because they had to.

A spokesperson with the airport told us as the larger hubs have cut flights, they’ve had to respond. That’s led to a lot of cancellations to and from Lexington.

We're told those cuts started about a week and a half ago and are an ongoing process.

Most of the decisions are being made as needed, but some of them are going to be in effect for a while.

The spokesperson told us that in April the flights to Ronald Reagan airport in Washington and their flights to Houston are being suspended, until further notice.

They’ve also closed two of their parking lots in their business lounge.

The spokesperson wasn’t sure about the number of people who have been laid off but said that it depends on individual airlines. Although the spokesperson did know some people working concessions at the airport have been let go.

One of the travelers we talk to Tuesday just flew in from California.

He’s a college student and he’s having to get the rest of his belongings after his semester was ended early. He said he flew through LAX and Atlanta and both were almost empty.

The airport spokesperson told us even once things begin returning to normal, it could still take a while for the smaller airports to fully recover.

The spokesperson said some of those routes may not be reestablished for years.