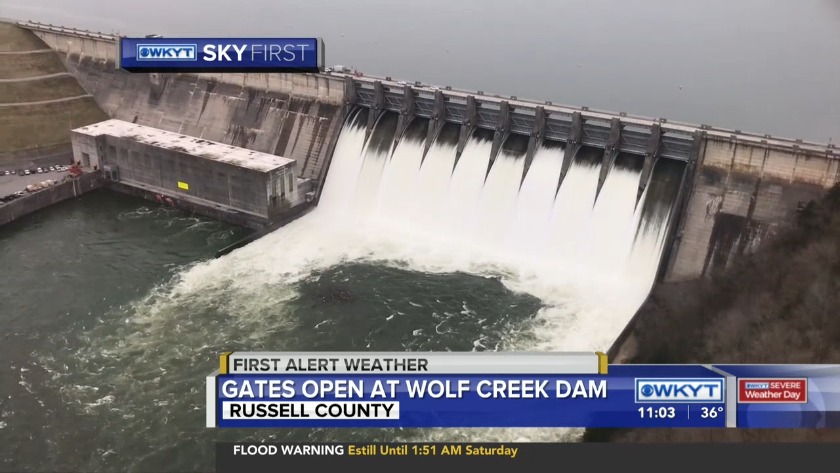 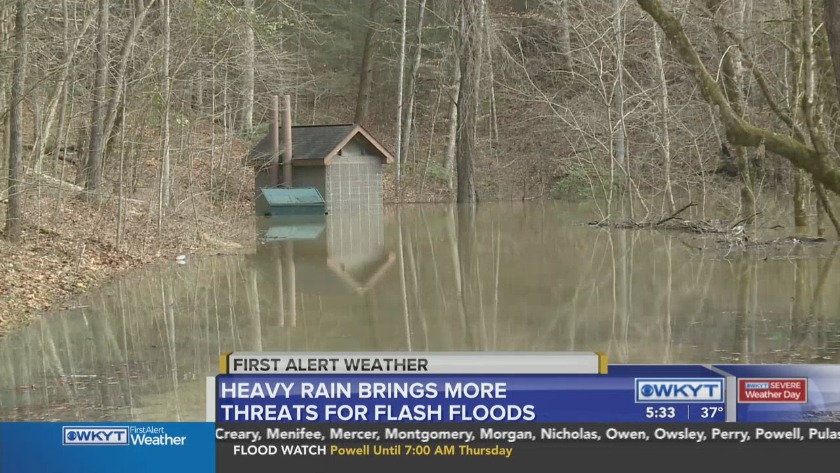 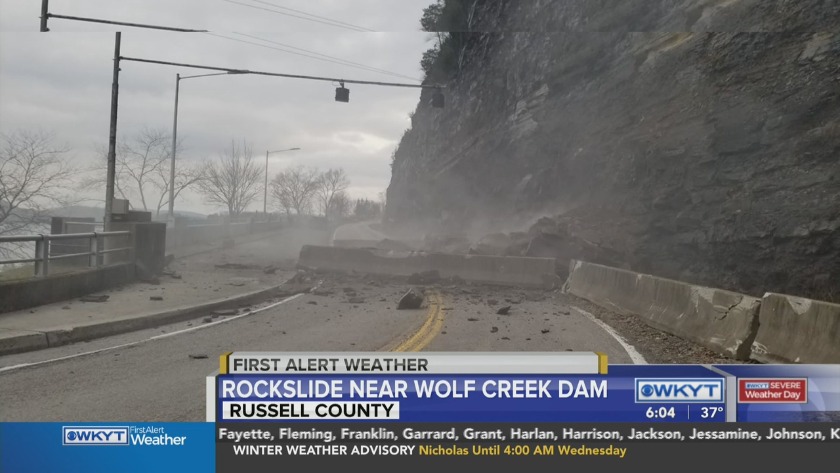 LEXINGTON, Ky. (WKYT) - Heavy rains and flooding are beginning to cause some problems in many counties across Kentucky.

From river flooding, rockslides and displaced campers, the rain is taking its toll on the commonwealth.

Officials in Estill County say they have their eyes trained on the Kentucky River as they prepare for the rain to come the rest of the week.

But despite the expectations of high water, emergency management officials say they don’t believe many homes will be threatened. However, they do want to make sure no one tries to drive through potentially flooded roads.

The Kentucky River is expected to get to around 25 feet in Ravenna. Ronnie Riddell with Estill County Emergency Management says that flooded roads pose a risk to drivers, and also the people who are tasked with rescuing them.

“The biggest thing for us is to make sure that people are aware we do have this event coming,” said Riddell. “If you drive over a roadway your life can very well be at risk, and you can also put those first responders out that go out to help you at risk.”

In other parts of the state, others can relate to the danger of these oncoming heavy rains.

Two Russel County residents say they were nearly crushed by falling rock as they were taking a look at Lake Cumberland. A rock slide covered part of US-127 near the Wolf Creek Dam Monday night.

“By that time I was done up where I was going and he was yelling at me again at the top of his lungs. And about that time, is when the rock slide came down, and there was this little car that was coming around us, and he had to yell at them. Because if he would not have, it would have landed right on top of them,” said Russell County resident Linda Shephard

Kentucky transportation officials have managed to keep one lane of the road open, and say they hope to make the necessary repairs to open both sides at a later time. They say the rock wall that caused the rock slide is secure at this time.

In Pulaski County, heavy rains along the Rockcastle River are threatening campers.

"I can tell you, it's just amazing to see it like this. It's something in a lifetime you hardly see too many times,” said local resident Jackie Mounce.

Some parts of the Bee Rock Campground have become covered by several feet of water. Some campers say forestry officials even started to close down parts of the area.

"I anticipate this whole area that we're standing in right now to be under water probably by Wednesday even if not Thursday morning. So, until Wolfe Creek Damn can start letting some water out, we're going to be the place that's holding quite a bit of it,” said William Ryan with the Daniel Boone National Forest.

Before water levels become even worse later this week, forestry officials are going through campgrounds tying down tables and closing off areas due to public safety concerns.

Chris Bailey's Forecast | Much cooler air for the weekend

Chris Bailey's Forecast | Much cooler air for the weekend