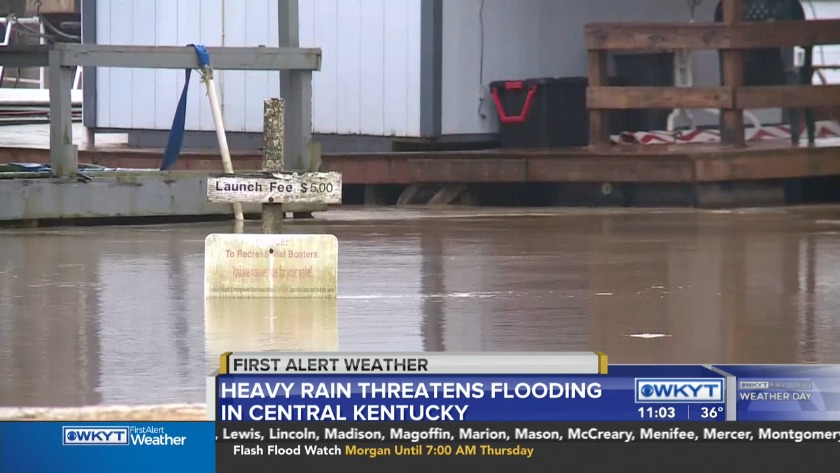 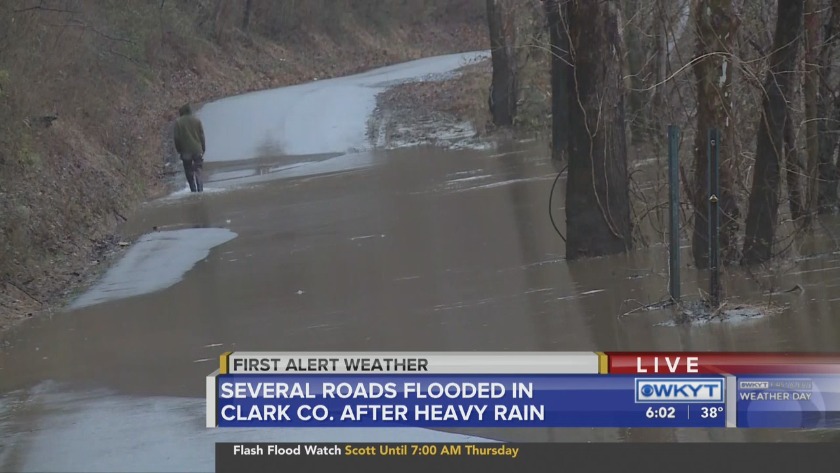 CLARK COUNTY, Ky. (WKYT) - The rain is picking up in central Kentucky, and some communities are taking precautions before any flooding starts.

For those down on the banks of Kentucky river, they are definitely the first to feel the effects of several soggy days.

The Clark County road supervisor says they were keeping their eyes peeled for any spots that could be dangerous.

So far, they have closed a few roads just as a precaution.

From what we saw today, there are still ways to go but they know the flooding will only get worse.

One business owner already knows this. You would think a floating bar could handle anything, but the rains they've seen have covered his walkway, forcing him to shut down his bar for tonight and likely more days to come.

However, everyone here knows that it's just part of life on the Kentucky River.

"A lot of the people around here are used to it. It's something they have to endure year after year," said Chad Harris. "The biggest thing I would tell people is just to prepare for it. If you know where you are going to get into a situation where your property is going to be flooded or you might be stranded, just get out."

Officials are watching the areas closely. They can't be everywhere, and are asking the public if a road is covered to go and report that to 911 dispatchers.