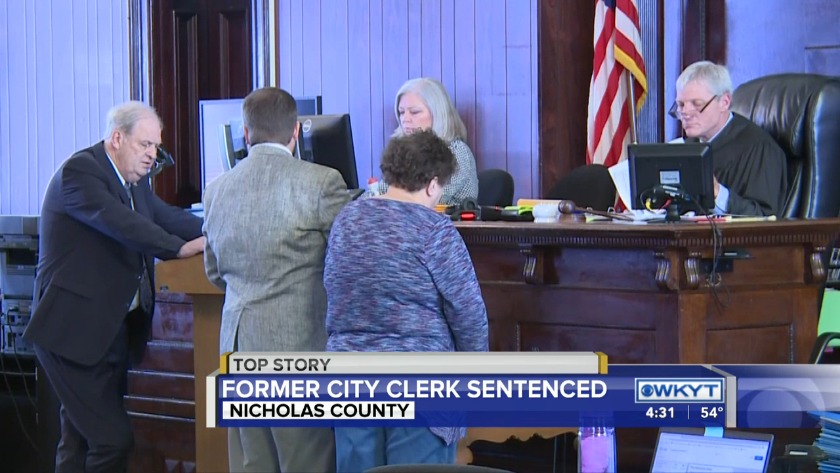 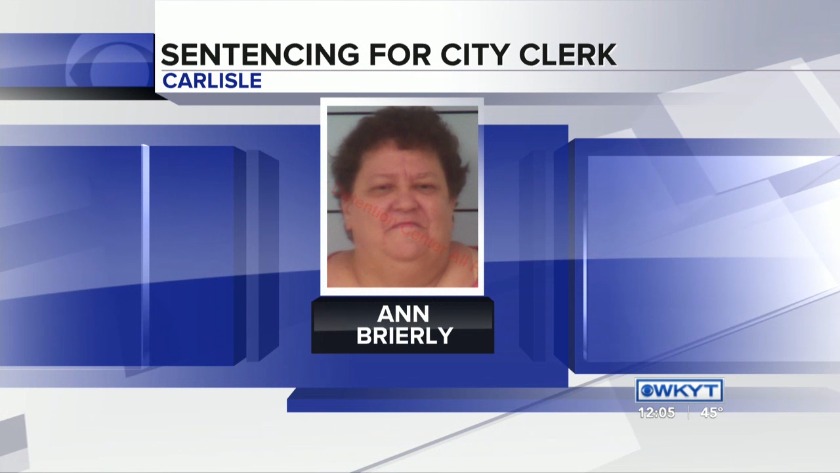 CARLISLE, Ky. (WKYT) - A former Carlisle city clerk was sentenced after pleading guilty to stealing thousands of dollars while in office.

A judge sentenced Ann Brierly on Monday to five years, but that sentence will be probated.

The prosecutor said that this was a "difficult case" when determining the sentence for Brierly.

She's accused of stealing over $10,000 while she was the Carlisle city clerk.

The defense asked for leniency from the judge, saying that the crime was in part motivated by desperation and that Brierly intended to pay the money back.

Brierly pleaded guilty in January to theft and abuse of public trust.

Brierly was out on bond prior to her sentencing.