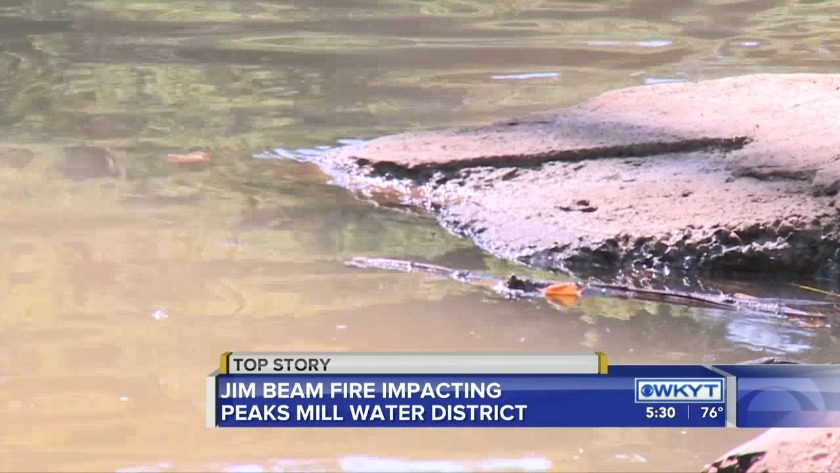 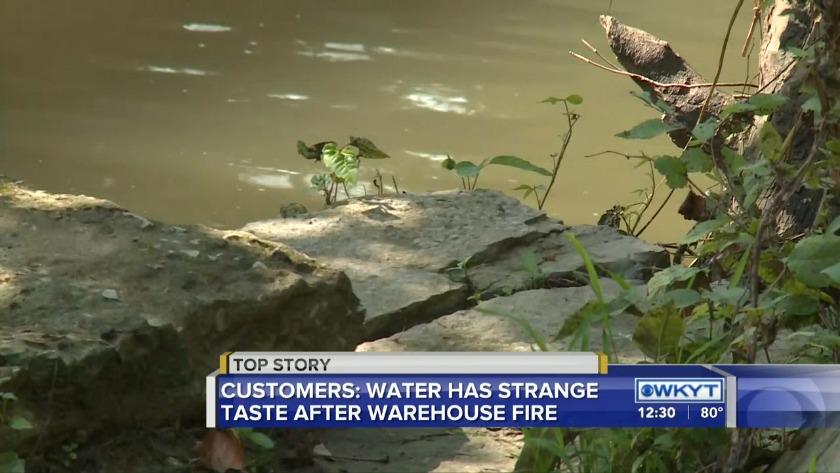 FRANKFORT, Ky. (WKYT) - Some in Franklin County are complaining of a foul odor and an odd taste with their water weeks after a Jim Beam warehouse fire had major impacts on the Kentucky River.

Customers with the Peaks Mill Water District have reported their concerns, and the district is looking to improve the water quality.

The water supply became affected when water used to put out the fire made its way into the river, bringing with it materials stored inside the warehouse.

Although customers have reported a smelly and sweet taste to the water, district chairman Church Quarles say the water is safe to drink.

“We’ll have a water test back this afternoon hopefully," Quarles said.
"We’ll reassure the public that the water is safe to drink and we’re working diligently to try and address the issue.”

The district believes there is a leak on the back end of the district. Workers will have to identify the leak before they can flush any water mains.

The district buys much of its water from the Frankfort Plant Board. The board tells WKYT people who are in the Peaks Mill Water District could be noticing a slight chlorine smell in the water because of some temporary disinfection changes.