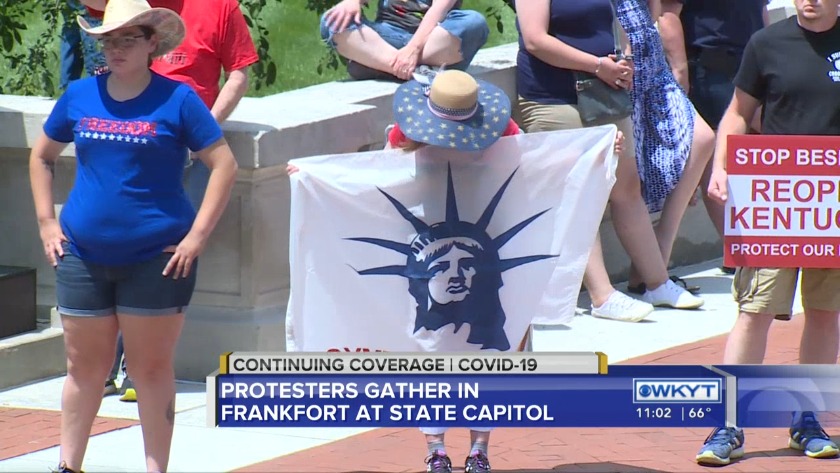 FRANKFORT, Ky. (WKYT) - The Capitol steps were the home of another reopen Kentucky rally this Memorial Day weekend.

A group of protesters has gathered in front of the Capital. Speakers say elected officials have made unconstitutional choices. (WKYT/Shelby Lofton)

A group of a couple hundred protesters gathered. Speakers said Governor Andy Beshear's actions the past few months have been unconstitutional.

Some of the people at the rally said they want the government to communicate public health guidelines only and not implement mandated restrictions.

Demonstrators say too many businesses have suffered in the wake of quarantine brought on by COVID-19.

"I believe the virus is real, but the governor's overreaction to the virus is unreal it's unconstitutional he needs to be a balance he's not bringing that balance right now," said Tony Ramsek.

Many protesters say they came to practice the constitutional right of peacefully protesting. They say the governor's mass gathering ban was an overreach.

#GreenRiver protesters invited to the main stage. The speaker says the people inside the prison are Kentuckians too. She says people are going stir crazy at home with access to santiziting products, and the men in that prison don’t. pic.twitter.com/vyTZFZ9Jov