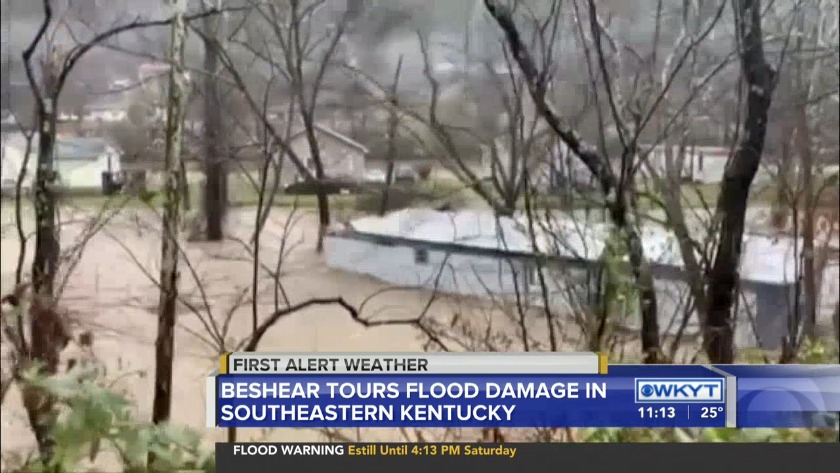 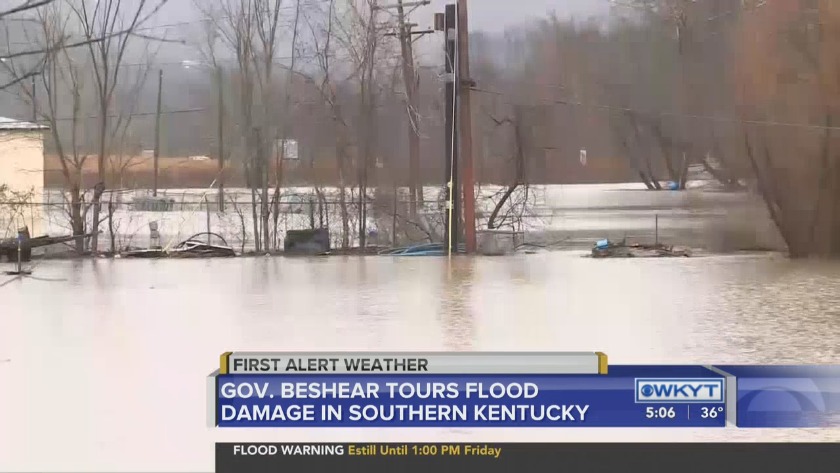 LONDON, Ky. (WKYT) - Governor Andy Beshear is touring some of the areas most impacted by flooding.

Governor Beshear says with more rain in the forecast he's calling on people to make safety their top priority. (WKYT)

Beshear declared a state of emergency last week for counties in Southeastern Kentucky. Since then, ten counties and seven cities have declared their own.

"Today when we were up there it is not as bad as when people woke up at 3:00 a.m. in the morning and they had water all the way up to their bed," said Governor Beshear.

Crews are giving out bottled water to people in Knox County after a major water outage, and sandbags and pumps are going to flooded areas.

The American Red Cross says it has two shelters open for anyone who needs a place to stay.

The governor says with more rain in the forecast he's calling on people to make safety their top priority.

"We want every impacted county, community and family to have all the tools and all the information they need because there is help out there and we want to make sure that every one of our families gets the help that they can," said Governor Beshear.

The Department of Public Health is urging the public to make sure they're up to date on their tetanus shot, especially during clean up efforts.