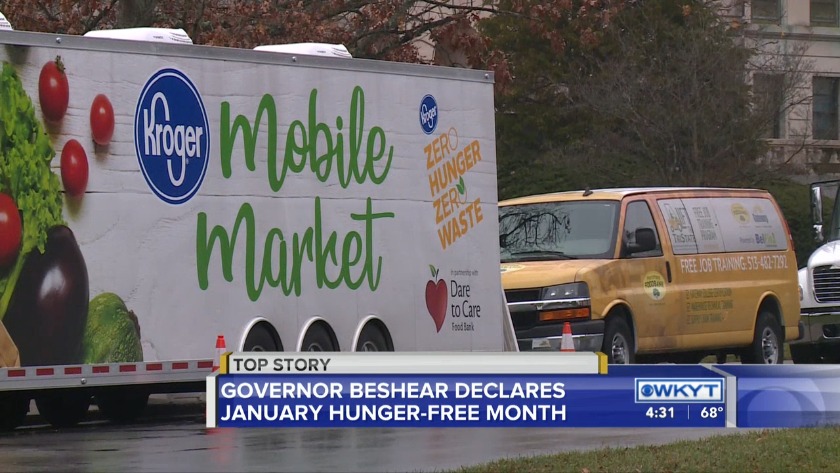 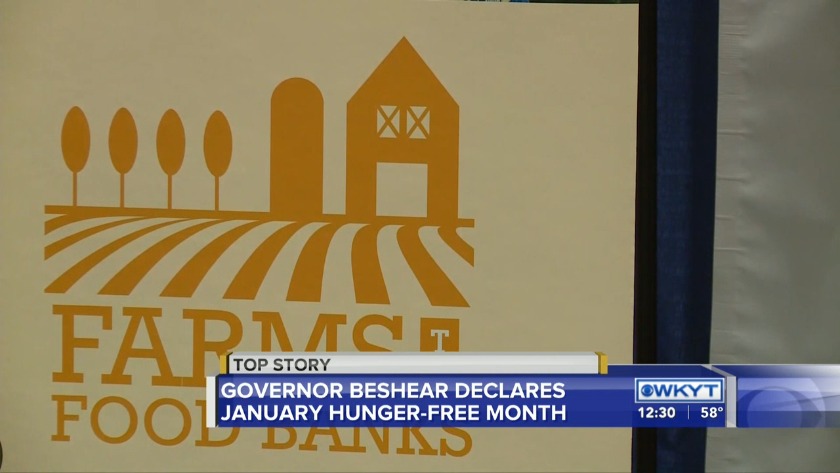 FRANKFORT, Ky. (WKYT) - Kentucky lawmakers and charities came together Wednesday to meet with people working to find a solution to hunger in the state.

Twenty-two charitable organizations gathered in the Capitol to find ways to keep food in homes across the commonwealth.

“It is shocking that 40 percent of the food produced in the U.S. goes uneaten,” said Reed.

According to the Map the Meal Gap report, one in seven Kentuckians is food-insecure, meaning they lack consistent access to enough food for a healthy, active lifestyle.

Kroger is taking a step to reduce that statistic by offering mobile markets.

“We can get in up to 30 neighborhoods a week with the mobile markets. I definitely believe that that’s a game-changer for us,” said Reed.

One of the state's most successful programs is the Farms to Food Banks program.

“First of all, it puts Kentucky Proud fresh food into the hands of school children and those less fortunate. Secondly, it gives our farmers an opportunity to market and creates a market as well. And thirdly, we might develop a consumer one day that wants to go to the grocery store and help support our local farmers,” said Commissioner of Agriculture Ryan Quarles.

You can learn more about the program here.

“It is an unfortunate reality that 1 in 7 Kentuckians is food insecure,” said Commissioner Quarles. “That’s why the Kentucky Department of Agriculture has led an effort to reduce hunger during the last four years through our Kentucky Hunger Initiative."