Governor Beshear gives his first State of the Commonwealth Address 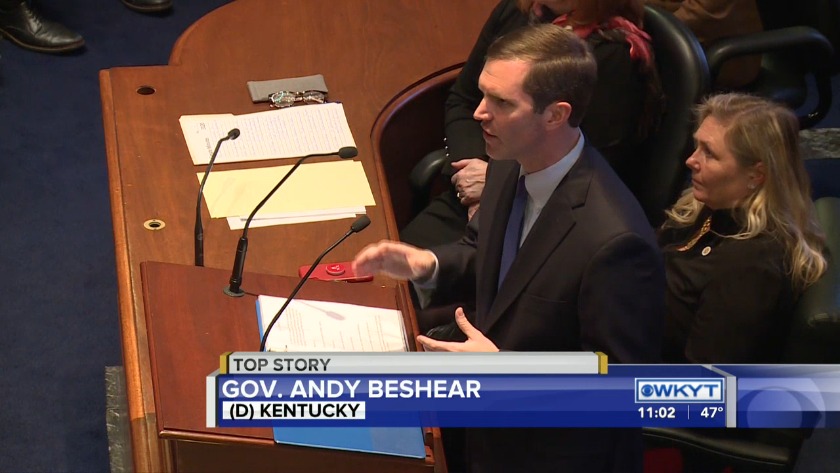 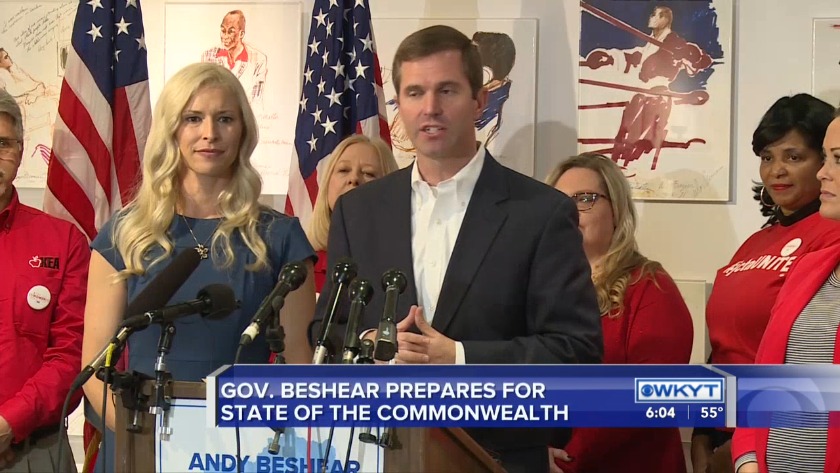 FRANKFORT, Ky. (WKYT) - Governor Andy Beshear was welcomed into chambers Tuesday night, where lawmakers will consider hundreds of pieces of legislation this year. He’s calling on them to pass some priorities...one of them dealing with education.

“So I think it’s time that we come together all of us, and support public education,” said Beshear, a Democratic governor delivering his address to a joint session which has a Republican majority in both House and Senate.

Beshear said he will propose a budget with a $2,000 raise for teachers along with other spending priorities.

Beshear spoke of investing in schools and teachers, as a way to improve Kentucky’s low rankings . He said there needs to be criminal justice reform to reduce the size of the prison population while also lowering crime rates.

“It must provide meaningful treatment and recovery services for addiction. It must consolidate and not expand our state prisons,” said Beshear.

The Governor continues to ask for a spirit of unity and civility while they take numerous responsibilities.

“It means we must turn the lost, left behind and the lonely into the found, the friended and the meaningful part of team Kentucky,” said the Governor.

Legislative leaders say the speech was very pleasant—high on pleasantries and on priorities. They question they have, is where is the money going to come from to pay for the laundry list of things the Governor asked for?

“The only thing he didn’t propose was puppies,” said House Speaker David Osborne. “We might as well throw those in because it is great to throw out wonderful proposals and ideas but we have to realize how are we going to manage those and fund them?”

One thing lawmakers and the Governor may agree on is one way that could bring in some revenue.

“Rep. Adam Koenig has filed a sports betting bill. I fully support it and we should pass it,” said Beshear.

Osborne says there is support in the house for wagering. However, it faces an uncertain path in the Senate.

“It’s not one of my priorities. I’m neither for or against it. Kind of ambivalent. I think it generates some money, very little in the overall context of the budget,” said Stivers.