March in Frankfort on 50th anniversary of MLK assassination 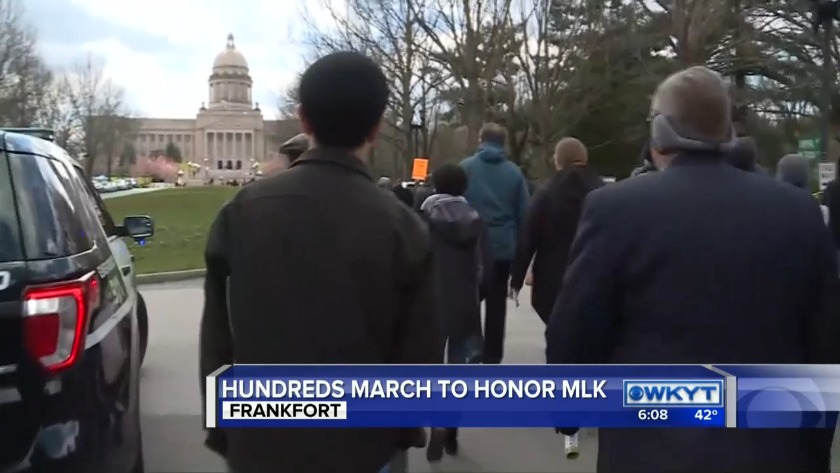 WATCH March in Frankfort on 50th Anniversary of MLK assassination 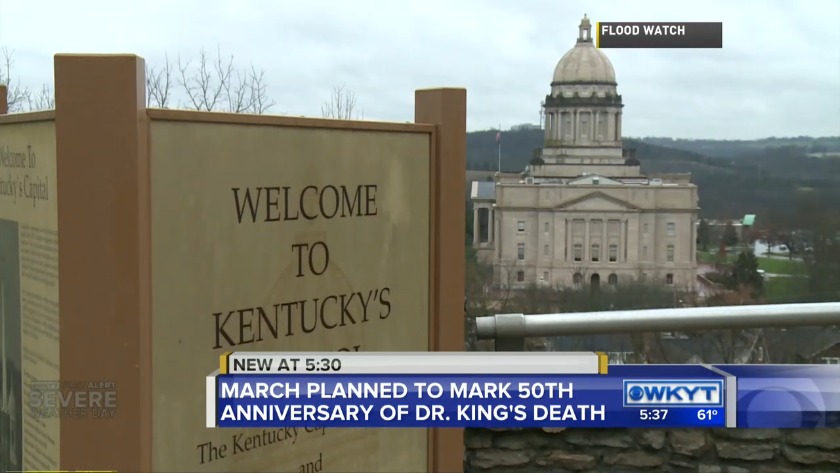 The MLK Memorial March To Move will end at the steps of the Kentucky State Capitol and takes place 50 years after Dr. Martin Luther King, Jr. was assassinated.

"He said if you want to remember me, remember me as a drum major for justice," Rev. L. Clark Williams, with The People's Campaign, said. "I think of him as someone who was concerned about the people. He was certainly a minister; He was a pastor, but an extension of his ministry was the social justice work that he did. I think sometimes we do a disservice to his honor, and some of us believe a disservice to remembering him, when we don't reflect on how he died and why he died."

The goal of the March, organizers say, is to reflect on Dr. King's life, but also to continue to move democracy forward.

"From education funding, to healthcare, labor, pensions and beyond, many elected officials are not focused on the best interests of the people, and we intend to help bring that interest into clearer focus on April 4th," said State Senator Gerald Neal (D-Louisville).

Williams went on to say he can't believe it's already been five decades since King's death, but believes the 50th anniversary comes at just the right time.

Williams said, "It's just so uncanny to me and almost eerie and prophetic in that we have so much unrest and so much division in this country right as we're coming up to that 50th year."

There are more than 30 organizations that co-sponsored the march.