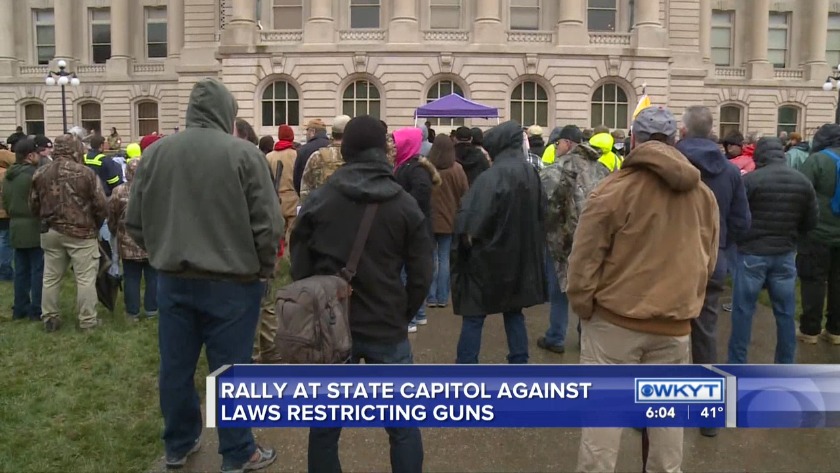 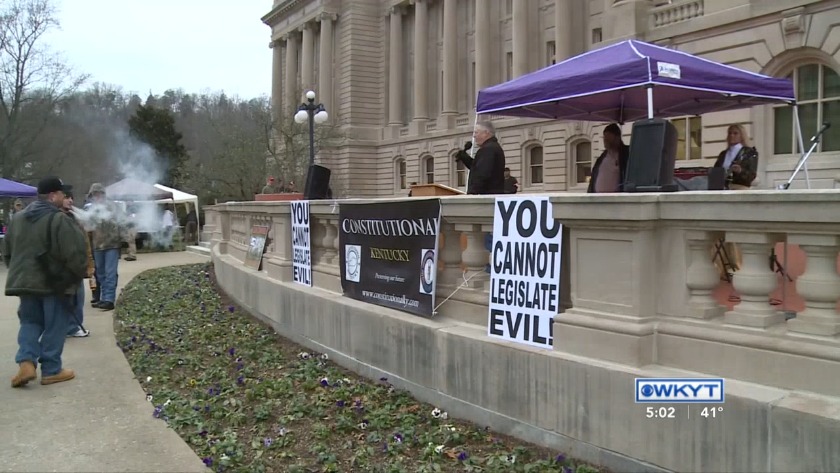 FRANKFORT, Ky. (WKYT) - Gun rights advocates descended on the Kentucky Capitol Friday for a rally in support of the Second Amendment.

The rally comes as an increasing number of cities and counties around Kentucky have adopted their own resolutions in support of the Second Amendment.

A few gun-related bills have been introduced during the 2020 legislative session.

One bill would "require the owners of registered assault weapons to store the weapons in a manner which renders them inoperable to unauthorized users."

Participants in a similar rally in early January at the VA post in Frankfort said they were concerned newly proposed gun restriction laws in neighboring West Virginia would become a trend.

At least 17 states and the District of Columbia have passed a so-called "red flag law." The law would allow for a judge to order the temporary removal of a gun from someone deemed a danger to themselves or others.

A "red flag law" has not been introduced in Kentucky.