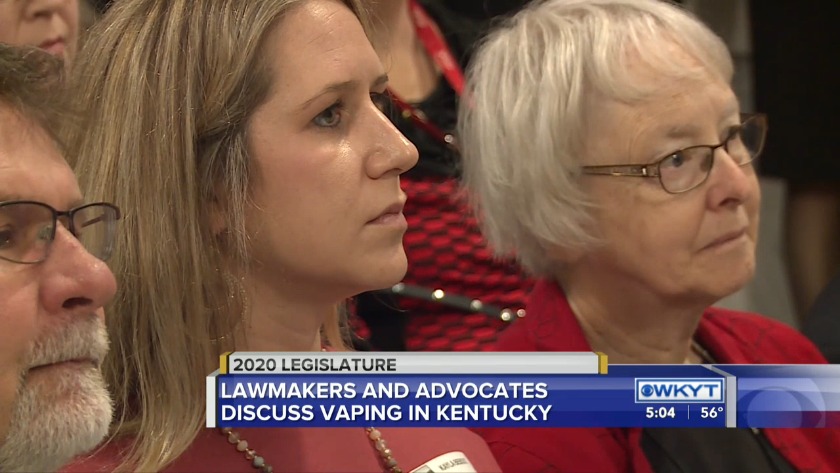 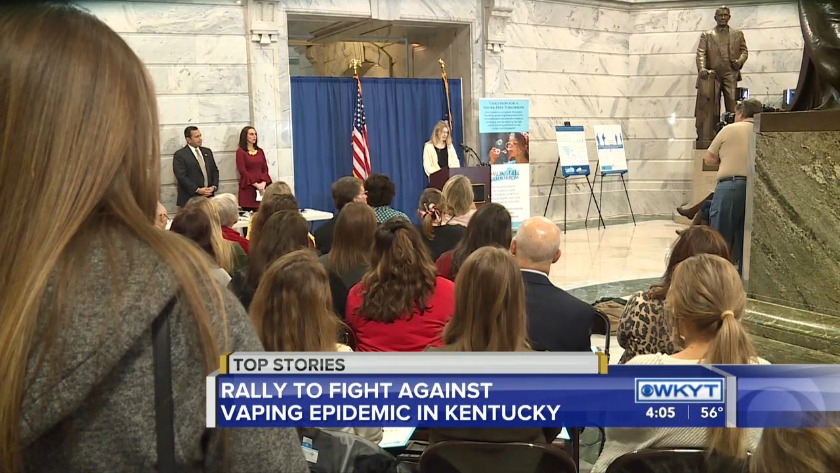 FRANKFORT, Ky. (AP/WKYT) Public health advocates have rallied at Kentucky's Capitol to push for legislation aimed at reducing smoking and e-cigarette use among young people.

The Coalition for a Smoke-Free Tomorrow on Tuesday urged Kentucky lawmakers to impose an excise tax on the sale of e-cigarettes.

The organization says youth e-cigarette use has quadrupled among middle school students and nearly doubled among high school students in the past two years. They believe passing new legislation is the way to reduce these numbers.

"We've had a death in Kentucky and we’ve had 57 of them nationally just in the last several months," said Ben Chandler, president/CEO of the Foundation for a Healthy Kentucky. "It points out how dangerous these products are."

Another measure backed by the group would raise the minimum legal age in Kentucky to purchase tobacco products from 18 to 21. The coalition also called for increased state funding for tobacco prevention and cessation efforts.

Supporters of the e-cigarette tax increase say the increase in price will not only prevent students from vaping but will generate more revenue for the state.