Homeless man found dead under I-75 overpass in Lexington 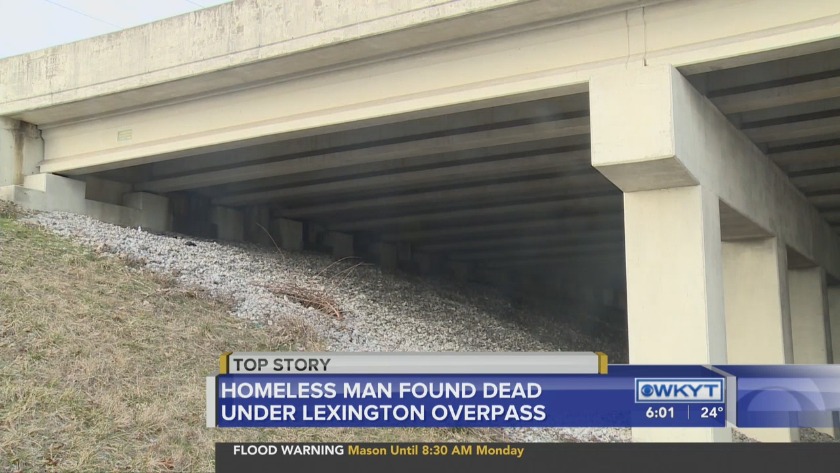 WATCH Homeless man found dead under I-75 overpass in Lexington 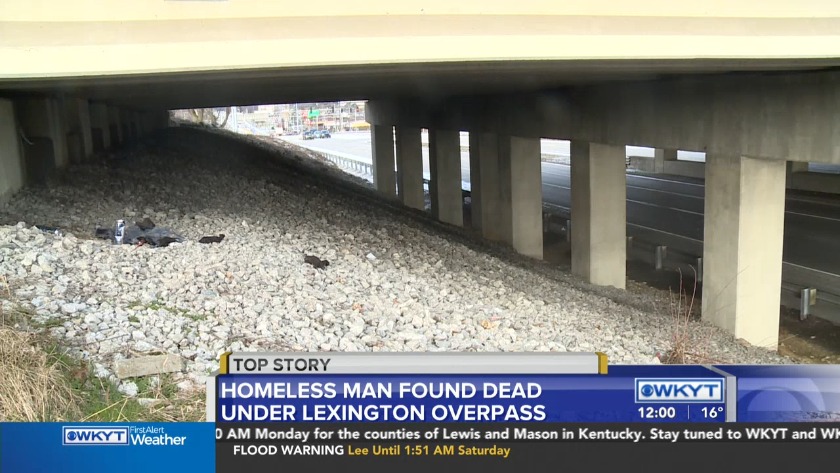 WATCH Homeless man found dead under I-75 overpass in Lexington

LEXINGTON, Ky. (WKYT) - Bitter cold temperatures may have played a role in a person's death Friday morning in Lexington.

Lexington police said someone called around 8 a.m. to report a man sleeping in the cold under the I-75 overpass on Winchester Rd.

The caller was concerned the man was not properly dressed for the cold weather.

The Fayette County Coroner identified the man as 59-year-old Jerry Johnson. The coroner says Johnson died due to hypothermia overnight.

This is at least the second time a homeless person has been found dead in Lexington this winter.

Police say it's common for homeless people to set up camps in that area.