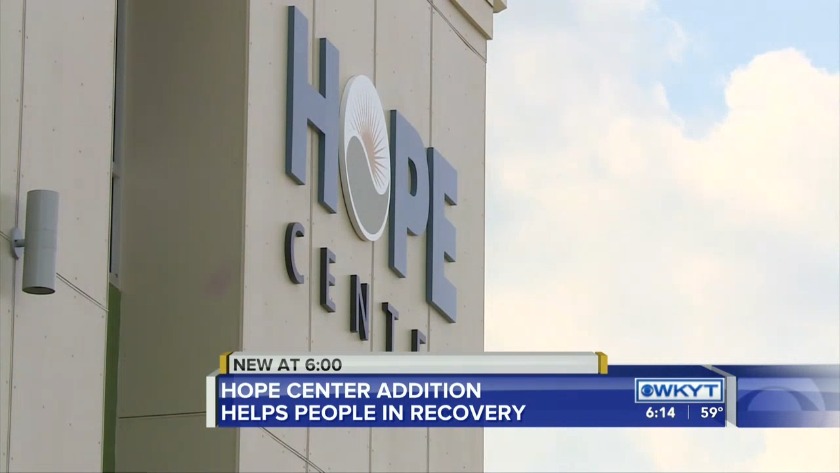 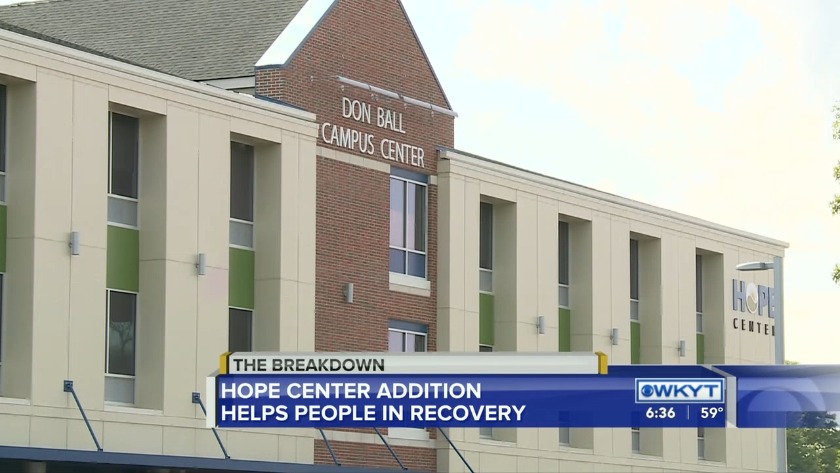 LEXINGTON, Ky. (WKYT) - For many men and women who enter and complete recovery, there are few safe, affordable housing options for them and that can be the difference between staying clean or returning to old habits.

Recently, the Hope Center in Lexington opened a new 48 unit, 45,000 square foot facility on West Loudon Avenue to help clients transition into permanent housing. For one man living in that new facility, it has been a chance at rebuilding his life in more ways than one.

To most people, a construction site is nothing more than a sign of things to come, but for folks like Rodney Saylor, it means steady work and a chance at building something new. It may be long days, but with every task, Saylor knows his construction job came at a time when he needed it most.

"I was looking to rebuild my life once again since I've done it so many times before it hadn't worked out," said Rodney Saylor.

Two years ago he had no license, no car and had pretty much lost everything to addiction.

"I was really ordered here, but for some reason, I did a little research and I wanted to come here," said Saylor.

His journey to get clean includes hitching a ride with a trucker coming north to Lexington from the mountains of Bell County and never looking back.

"They let me out at exit 113 and I come here a day early because it was the only way I could get here and I walked from exit 113 to the Jacobs' House," said Saylor.

And what Rodney couldn't have known on that journey that brought him here to Hope Center campus in Lexington is that he would soon be building something more from the ground up than just his own life. He got clean thanks to the Hope Center and people believing in him.

"I am happier now than I have ever been in my whole life, I'm more at peace and that's something I have never really had," said Saylor.

It was at the Hope Center's groundbreaking ceremony for new housing last year that he had a chance encounter with a company willing to give a guy in recovery work and again believe in him.

"We sometimes as contractors, architects and engineers think that what we do is important, what's really important is the mission behind the facility's that we build," said Don Tucker, President, Spectrum Contracting Services.

Don Tucker, president of Spectrum Contracting Services, gave Saylor a job, and it was the lifeline he needed.

"The ability to give people a second opportunity just means a lot to my company," said Tucker.

And it turns out construction is something Saylor was good at, according to his new employer.

"Rodney is one of our very valued people, he is highly skilled," said Tucker.

Work became extra meaningful when Saylor landed on a crew working near the Hope Center.

"This place used to be a field, I have seen homeless people sleeping in it," said Saylor.

He's talking about the lot along West Loudon Avenue now home to the Don Ball Campus Center. Saylor helped build this new 48-unit permanent housing facility that provides men coming out of recovery a mini apartment all their own.

"This is where I call home now, this is my home," said Saylor.

A place he comes home to after a long day at work and a place where he can think about the life he's since rebuilt.

All 48 units in the Don Ball Campus Center were filled the first day they became available.

Last year, the Hope Center says of the nearly 1,830 men who entered the emergency shelter just over 61% were able to leave in fourteen days or less and the Hope Center was able to find permanent housing for about 400 people.