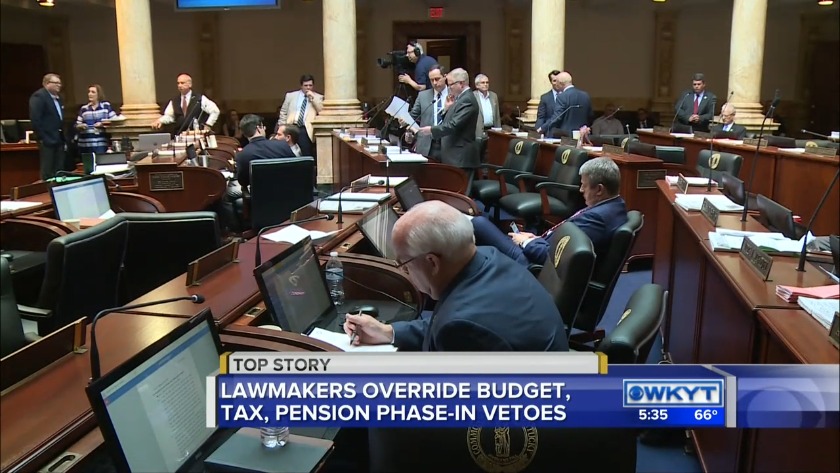 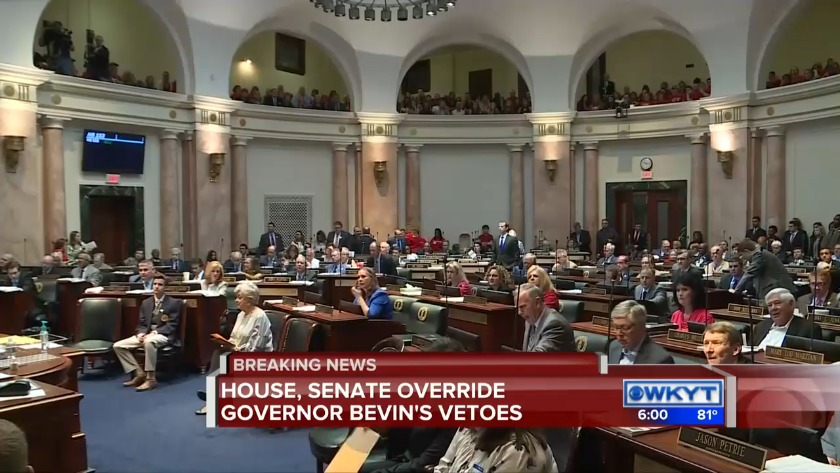 The Senate has voted 20-18 to override the tax bill veto, which now becomes law as the House voted 57-40 earlier Friday afternoon. The bill will create a flat tax and establish or raise taxes on goods and services.

This comes after Gov. Matt Bevin offered sharp criticism of the tax law, saying it was a "sloppy, non-transparent bill" before its passage.

Senate President Robert Stivers said, "It was very clear from our positions in both chambers that we wanted to protect our ability to do overrides. I think he knew where we were."

Republican lawmakers and the governor have disagreed over the amount of revenue the law would generate for Kentucky.

The state's budget director says there could be an overestimation of more than $80 million in revenue for the tax bill.

The law includes a 50 cent cigarette tax increase and a sales tax on a variety of services including dry cleaning, pet grooming, and landscaping.

“Gov. Bevin and the Republican majority continue to provide tax cuts to wealthy Kentuckians on the backs of the working-class families of the commonwealth,” Kentucky Democratic Party Chair Ben Self said. “They’ve prioritized greed instead of good policy for the people. I am confident real reform will start at the ballot box with the fresh blood in Frankfort.”

Self also released a statement on the budget bill, criticizing the differences between Republicans in the legislature and the Republican governor.

“It’s amazing that even when Republicans control both chambers of state government as well as the Governor’s Mansion that they can’t even agree on the direction to take Kentucky,” Self said. “The fact that Governor Bevin and Republican Leadership can’t even agree on a tax plan or budget for Kentucky just shows that they aren’t the sorts of folks who should be in charge. They’d rather attack each other than lead the way.”

The budget veto override, which the Kentucky Education Associated supported, authorizes the state to spend $4,000 for every public school student, which is an increase from previous years.

"Well, so now that we have these overrides, we at least know what to expect when it comes to public education funding down the road," said KEA President Stephanie Winkler. "But this is just one battle in the war against education and we have a lot of work left to do from now until November to make sure that we have education-friendly candidates so that we never have to have wars over what we need for our schools and our students."

The House also voted 94-2 and the Senate voted 34-4 to override a veto which will make it easier for agencies to leave the state retirement system. Bevin said he vetoed the bill because it could potentially cost taxpayers up to $2 billion. The law will also give relief to city and county governments facing increased pension payments, which the governor supported.