How common are earthquakes in Kentucky? 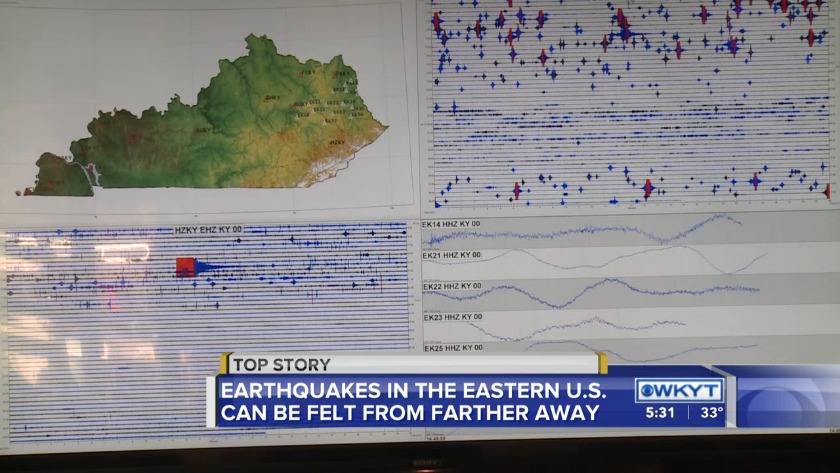 WATCH How common are earthquakes in Kentucky? 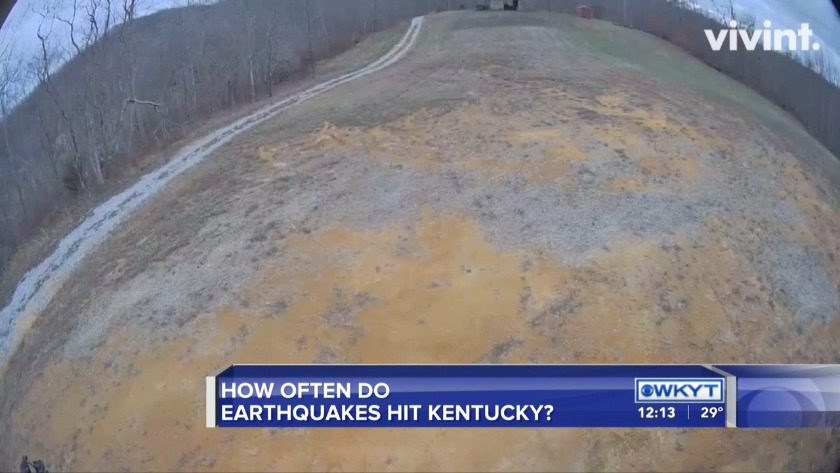 WATCH How often do earthquakes happen in Kentucky?

LEXINGTON, Ky. (WKYT) - How often do earthquakes occur in Kentucky?

According to the Kentucky Geological Survey (KGS), it's not that uncommon for earthquakes to occur across the state. (WKYT)

It's a question many people are asking after a 3.8-magnitude earthquake was felt in Southern Kentucky on Monday.

The earthquake could be felt in Williamsburg, Middlesboro, and Corbin, among other cities.

According to the Kentucky Geological Survey (KGS), it's not that uncommon for earthquakes to occur across the state.

In fact, most go unnoticed, but Monday's earthquake had the right conditions to be felt across much of southern Kentucky.

Through Kentucky's Seismic and Strong Motion Network, the KGS was easily able to detect the 3.8-magnitude earthquake that occurred in Fincastle, Tenn.

Some areas as far as Atlanta reported feeling the quake, which isn't uncommon since their energy is dispersed differently depending on your location to the epicenter.

"An explosion, for example, radiates energy outwards roughly equally in all directions or at least closer to equal than an earthquake, but an earthquake, because it is slip on a fault, does emit energy differently in different directions," said Seth Carpenter, a seismologist with Kentucky Geological Survey.

Experts say there's no way to tell for certain if and when another quake could hit.

Kentucky is no stranger to earthquakes, but most go unnoticed or are hardly felt. Coming up at 4:30 & 5:30 on @WKYT, I spoke with a seismologist from the KY Geological Survey to find out what made Monday's quake so different. Watch here: https://t.co/LM1s0pVArz pic.twitter.com/oU9OehiFFX