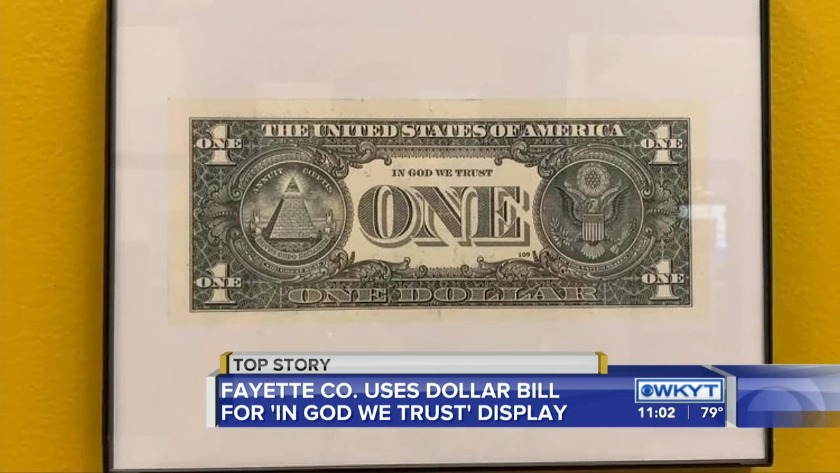 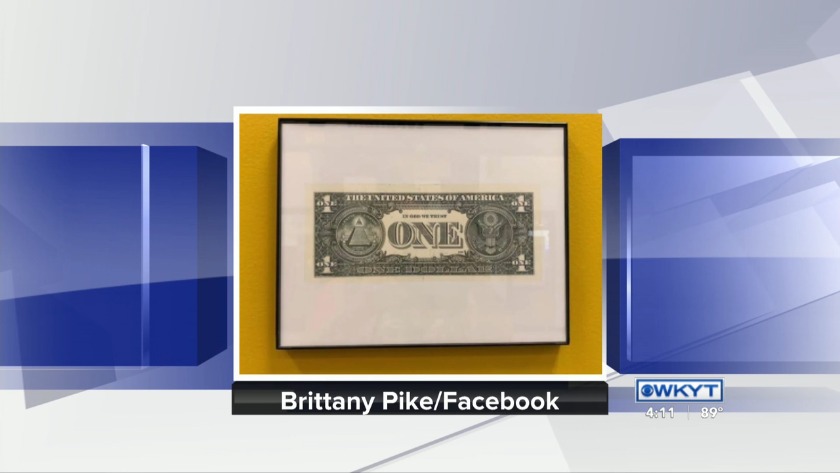 LEXINGTON, Ky. (WKYT) - A parent took a photo of one of Fayette County Public Schools' "In God We Trust sign," and it was in the form of a dollar bill.

Brittany Pike shared the photo on social media, which our reporting partners at the Lexington Herald-Leader report was taken at Athens Chilesburg Elementary School.

This comes during the first school year where public schools have to display "In God We Trust" prominently in areas including a cafeteria or entryway. The bill was passed in the Kentucky General Assembly during the 2019 regular session.

“It is extremely disappointing to see Fayette County Public Schools spend time searching for silly loopholes to a law that passed with broad support from both Democrats and Republicans and received over 70 votes in the House of Representatives," Reed said. "Many districts across the state have chosen the avenue of creative student artwork, which my bill expressly allowed for and would come at little to no cost to our schools."

"Like every school district in the Commonwealth, Fayette County Public Schools has complied with the requirements of the new law to display the national motto in our schools," Fayette County Superintendent Manny Caulk said. "All schools in our district have been provided a framed version of an enlarged copy of a $1 dollar bill to display in a prominent location."

Maggie Deviney, a Kentucky-native, believes the signs should be bigger and would send a message to students.

"I don't think the kids are brought up believing in God", said Deviney

Pike, an atheist, thanked Fayette County Public Schools for making the display a dollar bill, as she wants students to feel welcome regardless of their religious beliefs. She said her children don't feel awkward or excluded for not believing in any god.

In God We Trust Law by WKYT on Scribd