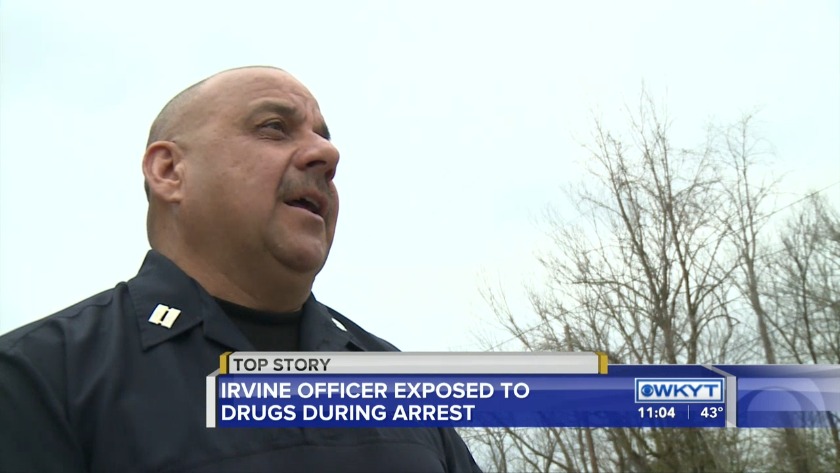 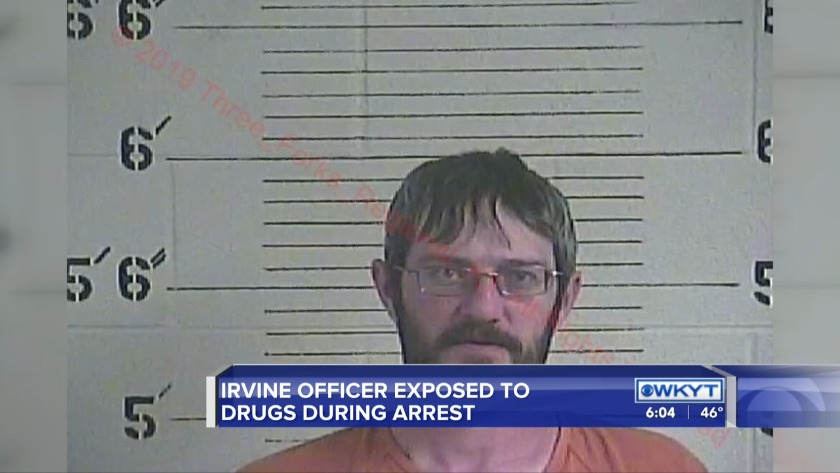 IRVINE, Ky. (WKYT) - An officer needed to be rescued with Narcan after coming in contact with a potentially deadly drug during an arrest over the weekend.

Irvine Police Capt. John Sturniolo -- while at a drug arrest on Pea Ridge Road -- was exposed to heroin and passed out in the driveway at the residence.

"I started getting a very weird feeling, something I've never experienced before. I knew I had to get out of the house into the fresh air. I knew inside I had been exposed to the heroin or the fentanyl, whatever it was," Sturniolo said. "I've been pepper sprayed, I've been tased, I've been beaten, the whole nine yards, this doesn't come anywhere close to it."

Police arrested Josh Riddell, 39, Sunday for trafficking and possession of heroin. He also faces a wanton endangerment charge. According to his arrest citation, he had chunks of heroin on his dinner plate.

"Drugs these days are constantly more concentrated," said Trooper Robert Purdy, Kentucky State Police. "We don't just have heroin, there's a high dose of fentanyl that were also seeing, as well as some other things known as carfentanil.

Narcan was used on Capt. Sturniolo twice to save his life. He says that he is feeling much better now.