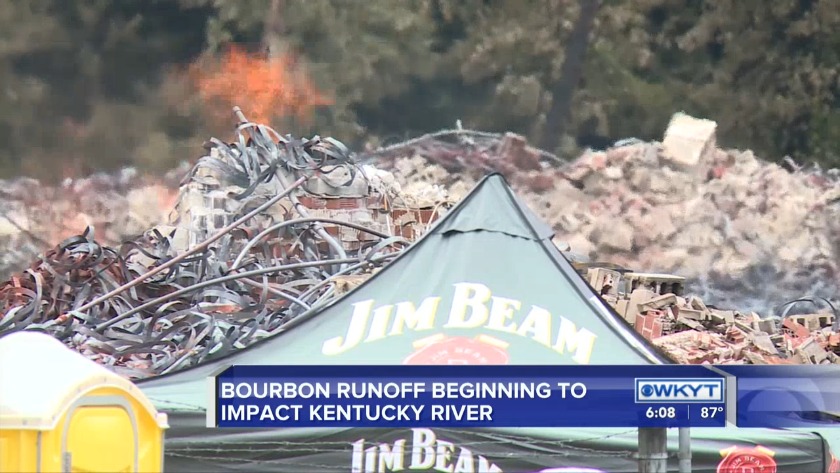 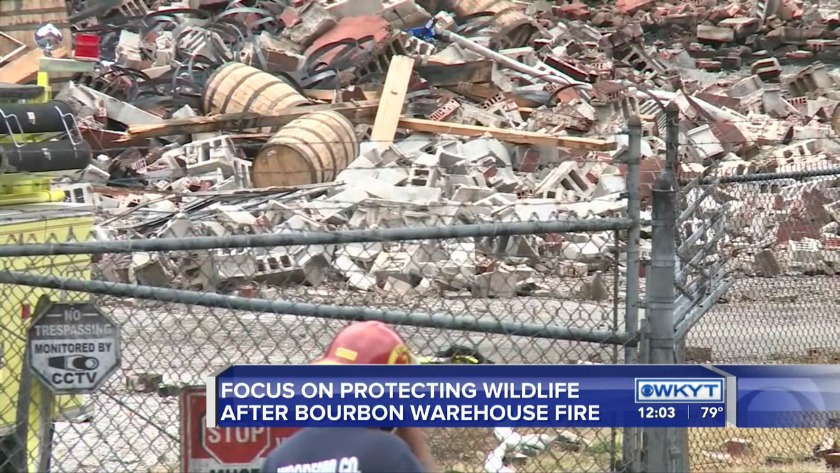 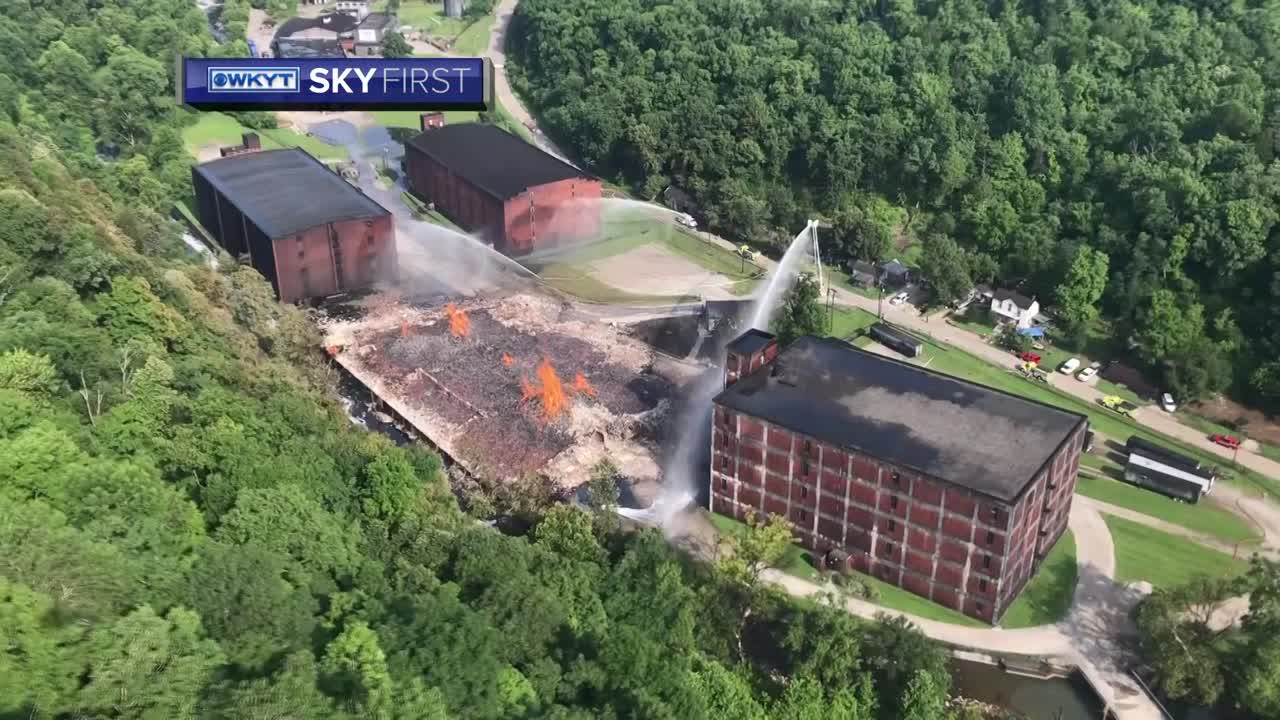 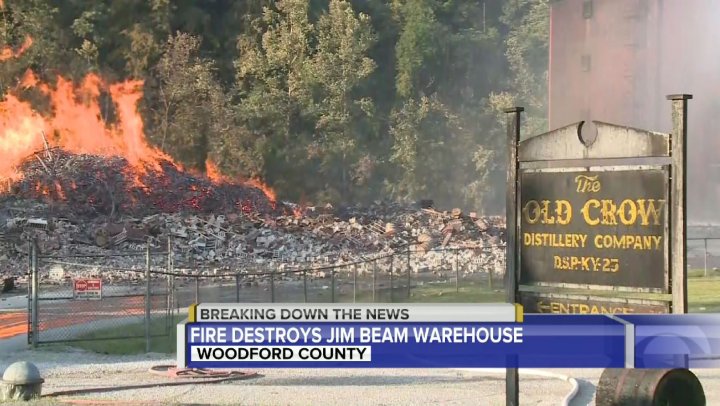 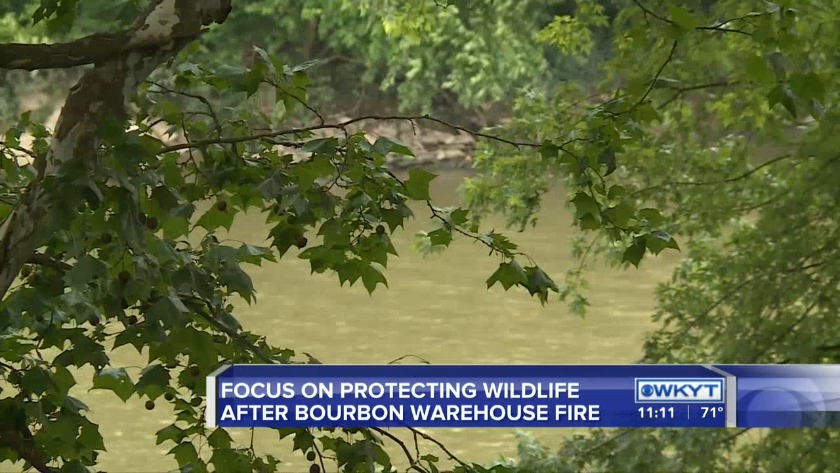 Emergency crews say the fire is still burning in some sections as of Thursday morning. This is because bourbon is settling into the basement of the buildings.

“The fire is still burning. At this point the only thing left burning is the distilled spirits, so it’s a clean burn and there is less impact to the atmosphere then there would be if there were attempts to extinguish the fire with water," Drew Chandler with the Woodford County Emergency Management Agency said.

Firefighters plan to let the flames burn out while the focus increases on the environmental impacts. The EPA is stepping in to help figure out what to do about the materials which flowed into nearby creeks and the Kentucky River.

The Franklin County Emergency Management Agency says the Kentucky River rose six inches last night from recent heavy rains. This has diluted what has entered into the river.

Firefighters stopped putting water on the fire because it was causing the runoff to enter the tributaries. Jim Beam's parent company is working with environmentalists to find a solution to the problem, which is expected to lead to a significant impact on aquatic life.

The Kentucky Energy and Environment Cabinet has not banned fishing in the area, but they are cautioning the public about eating any affected fish. State officials are also reporting fish kills and distressed fish.

Approximately 45,000 barrels of bourbon were in the burning warehouse. Investigators believe a lightning strike is the likely cause of the fire.