Judge calls on Bevin, Hampton to settle hiring spat on their own 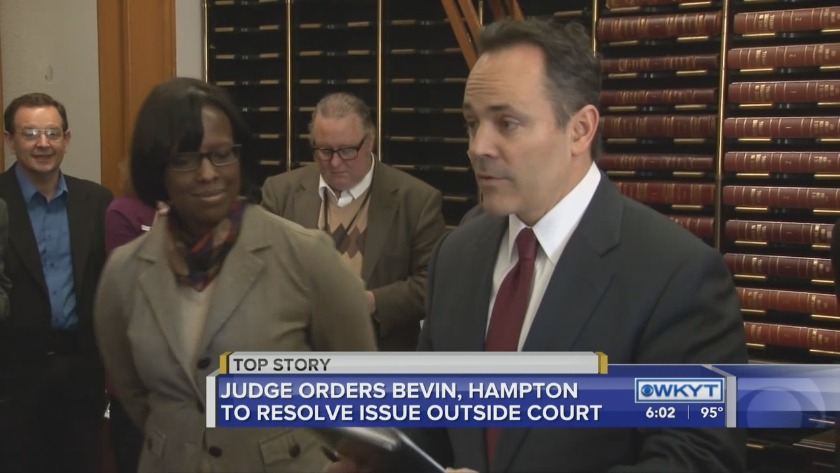 WATCH Judge calls on Bevin, Hampton to settle hiring spat on their own 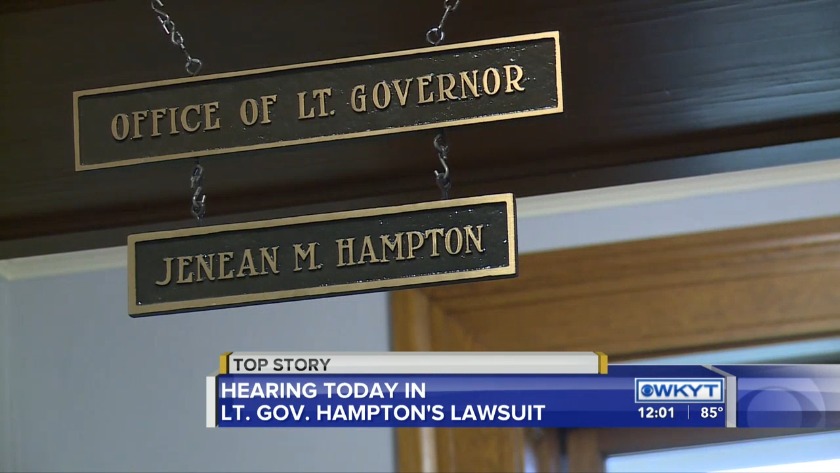 FRANKFORT, Ky. (WKYT) - A judge is calling on Kentucky Governor Matt Bevin and Lieutenant Governor Jenean Hampton to settle their issues on their own as both parties were in court over who has authority over the lieutenant governor's staff.

This comes after Lt. Gov. Hampton filed a lawsuit in Franklin Circuit Court over the firing of two of her staff members. She claims she is in charge of her staff and can block the governor's actions.

Hampton's attorney Josh Harp argued the governor and lieutenant governor have separate offices, but Bevin's attorney Steve Pitt argues Hampton is asking the court to "alter the status quo." He also claims Hampton didn't have a problem when the governor's office appointed or gave pay raises to her staffers.

Judge Phillip Shepherd said Kentucky's governor and lieutenant governor run as "one slate," and he has trouble seeing any statutory authority for Hampton over her staff. Hampton's attorney argued she holds an office because voters elect the governor and running mate when they go to the polls.

Shepherd is calling on the two parties to come together without the court getting involved to settle differences. He says it will take compromise from both parties, but it could save the state time and money if it is handled outside the courtroom.

@LtGovHampton response when asked about statement by @GovMattBevin attorney calling this a "minor disagreement between two friends" pic.twitter.com/CSCGEO2Msz