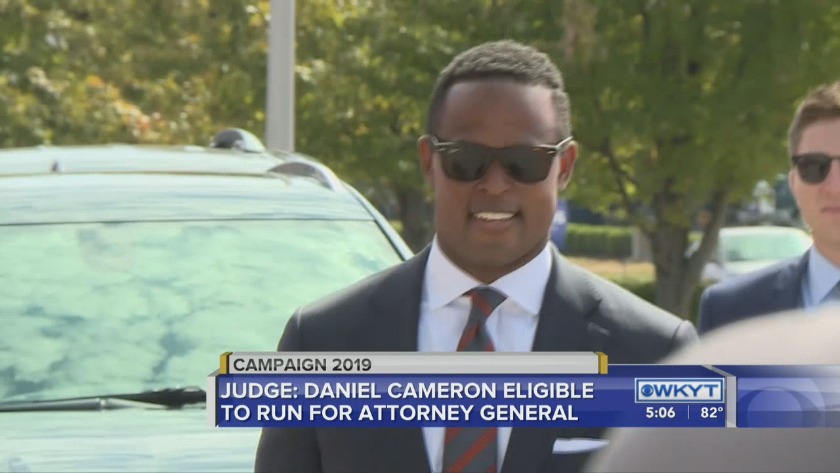 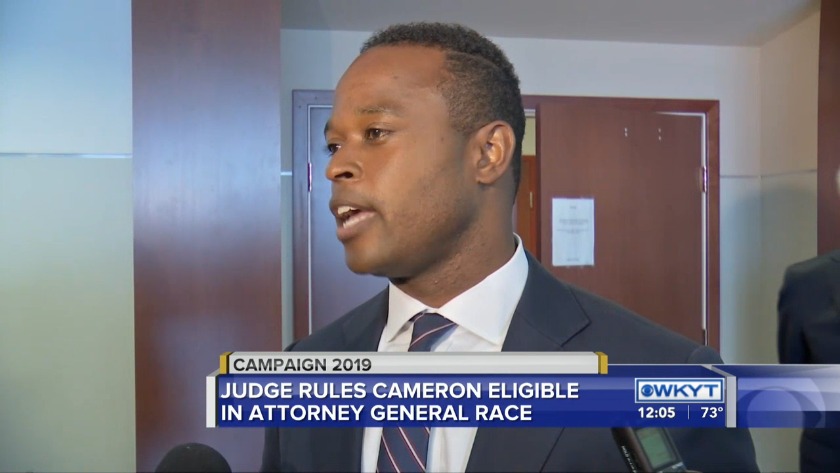 LOUISVILLE, Ky. (WKYT) – A major ruling has been handed down in Kentucky's race for Attorney General.

A complaint filed earlier this year claimed Cameron did not meet the qualifications to run for Attorney General. (Photo: WKYT)

On Thursday, a judge sided with Republican candidate Daniel Cameron, saying he is eligible to run for the position.

A complaint filed earlier this year said Cameron did not meet the qualifications to run for Attorney General and sought to remove him from the November ballot.

A statement from Cameron’s campaign pulls no punches on the ruling, saying, in part, “I’m thrilled to put this frivolous lawsuit behind us. It’s sad that Greg Stumbo stooped to this level. He can’t win an election straight up so he tried and failed to cheat us off the ballot. For someone who talks about experience all the time it is funny that Stumbo and his cronies don't understand the law.”

Stumbo's campaign has also released a statement, saying, "I am not a party to this litigation and had nothing to do with the lawsuit, however, now Mr. Cameron admitted under oath how little law he has practiced. Kentucky voters deserve a candidate with decades of legal experience in real courtrooms, trying real cases at the highest levels. My opponent has never even prosecuted a traffic ticket citation.”

Cameron is scheduled to address the ruling Thursday afternoon at a press conference in Lexington. Cameron will be speaking at 1 p.m. on Southland Drive.