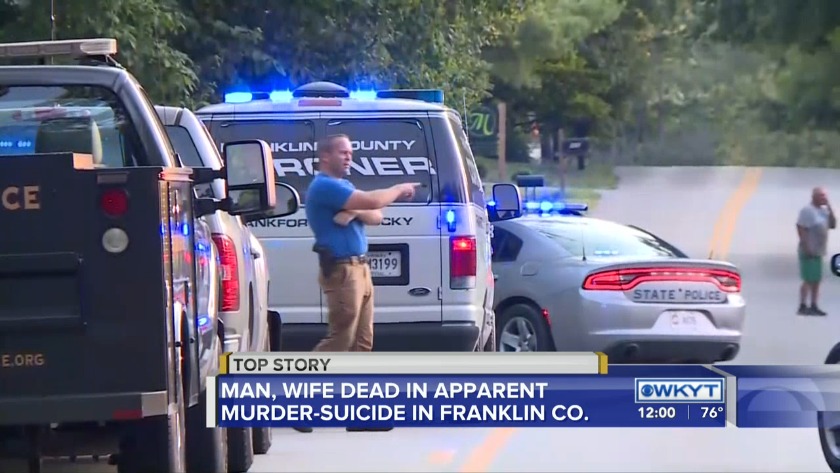 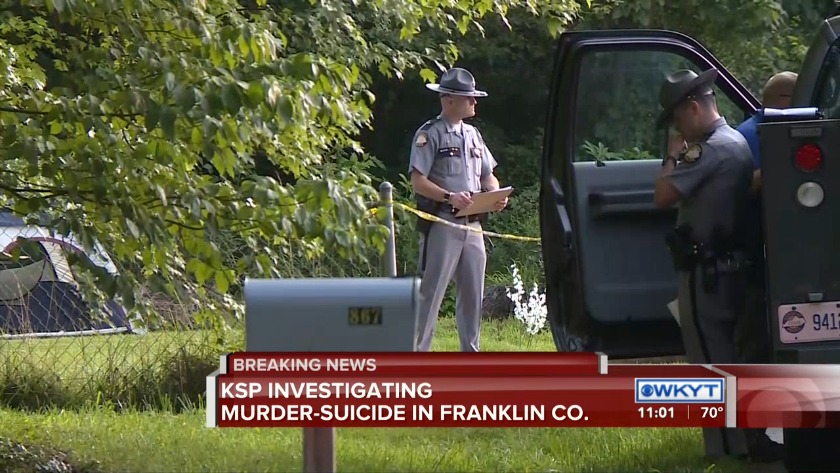 KSP is investigating a murder-suicide on Green-Wilson Road near the Franklin-Anderson County line. (Photo: Olivia Russell)

Troopers tell WKYT there was a complaint of a domestic dispute at a home on Green-Wilson Road around 6:30 p.m. Wednesday.

When troopers responded, they found Donna J. Hollon, 54, of Frankfort, Ky., shot. She was taken to a nearby hospital where KSP says she was later pronounced dead.

State police found Larry W. Hollon, 51, of Frankfort, Ky., shot as well. They think he took his own life.

Police say Hollon's daughter, 18-year-old Daisy Hollon was taken to a nearby hospital and treated for minor injuries.

Neighbors tell WKYT the area is usually quiet and they didn't hear anything until police arrived at the home.

Troopers are not looking for a suspect.

Investigators had Green-Wilson Road blocked for a few hours.

An autopsy is scheduled tomorrow to determine the cause of death.