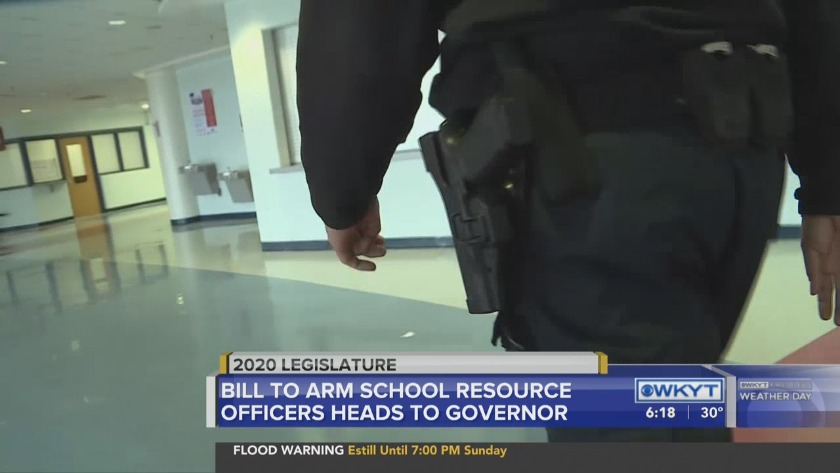 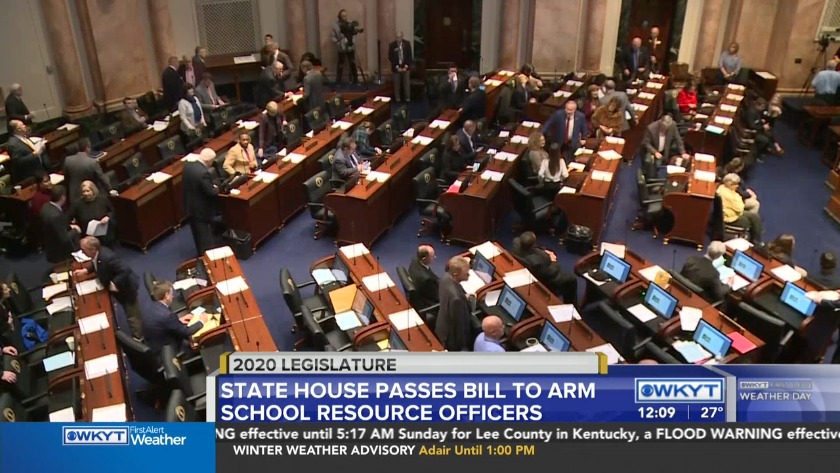 FRANKFORT, Ky. (WKYT) - The Kentucky House has passed a bill that would require all school resource officers to be armed.

“We cannot ever, we cannot as leaders ask someone to run into harm’s way without being properly armed,” said Rep. Matthew Koch, R-Paris.

Senate Bill 8 already overwhelmingly passed the full Senate and was brought up in the full House Friday morning.

Most of the opposition to the bill came from lawmakers in Jefferson County who had concerns of it being an unfunded mandate or taking away local control from school boards.

They also said the sight of armed officers could be a traumatic experience for students.

“Even a police car in a parking lot when they come into school makes them feel they are not going to school. Going to some kind of dangerous institution,” said Rep. Lisa Willner, D-Louisville.

Two floor amendments were defeated before the House passed the bill in a 78-8 vote.

Gov. Beshear said he believes every child should be safe at school and he will review the bill once it arrives on his desk.