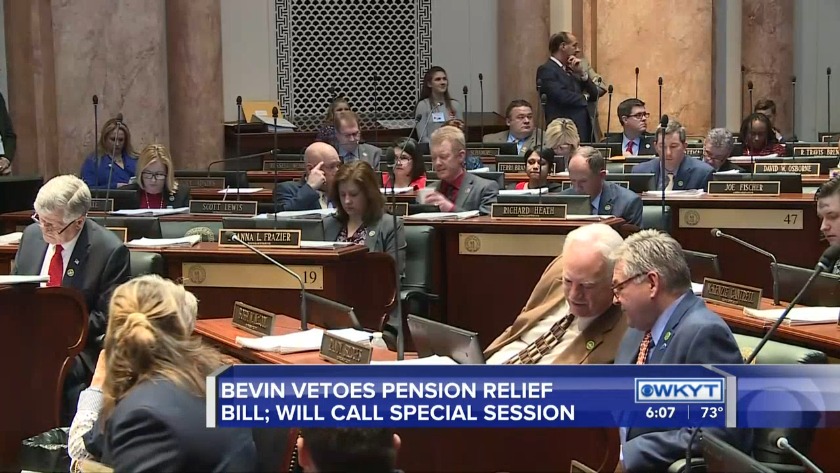 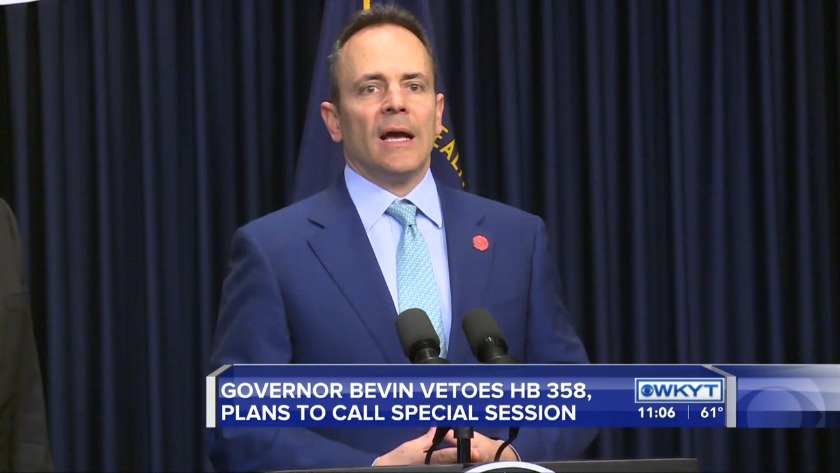 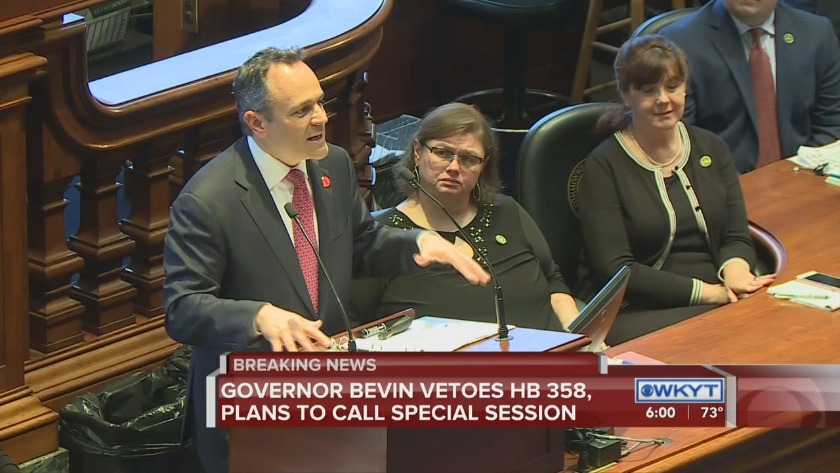 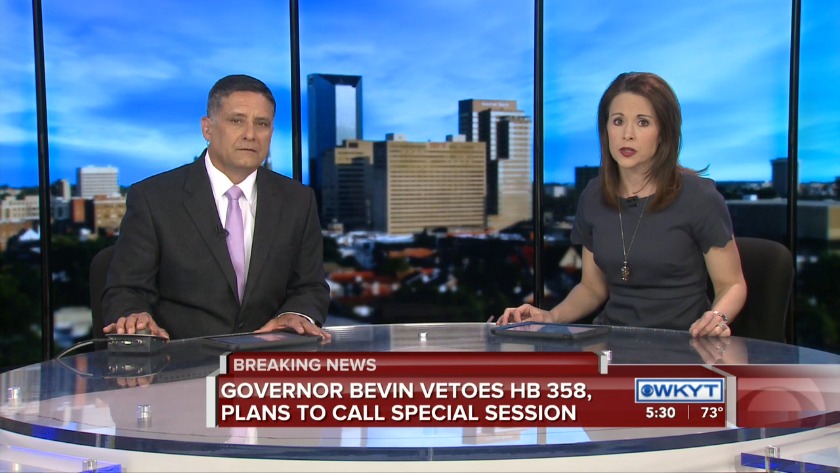 Bevin said in his veto message that he would call a special legislative session before July 1 to give lawmakers another chance on the issue. The Republican governor said the measure violated the "moral and legal obligation" the state has to the affected retirees.

The measure was passed by the GOP-dominated legislature on the last day of this year's regular session. As a result, lawmakers cannot override Bevin's action.

The proposal would have let the state's 118 quasi-governmental agencies - which include rape crisis centers, public health departments and some universities - leave the state's troubled pension system. They would've been able to buy their way out, but it would've cost the state around $800 million.

Bevin's announcement garnered some opposition from some in the state.

"Once again, Kentucky Republicans want to get paid extra for work they should have already done — costing taxpayers hundreds of thousands of dollars in the process," said Marisa McNee, Kentucky Democratic Party Spokesperson. "This $65K a day guessing game has to stop. Bevin isn’t just playing politics; he is playing with people’s pensions and their lives."

Others who had a hand in passing the initial legislation said it's critical for everyone involved to begin working toward a solution for the state's pension problems.

"We sent the Governor a bill that we believed provided stability for the employers while keeping the state’s commitment to the retirement futures of our employees. I am hopeful that the Governor will begin meeting with us immediately to find a solution that ensures this balance. It is critical that we do this before calling another special session without a solution in hand," said House Speaker David Osborne.