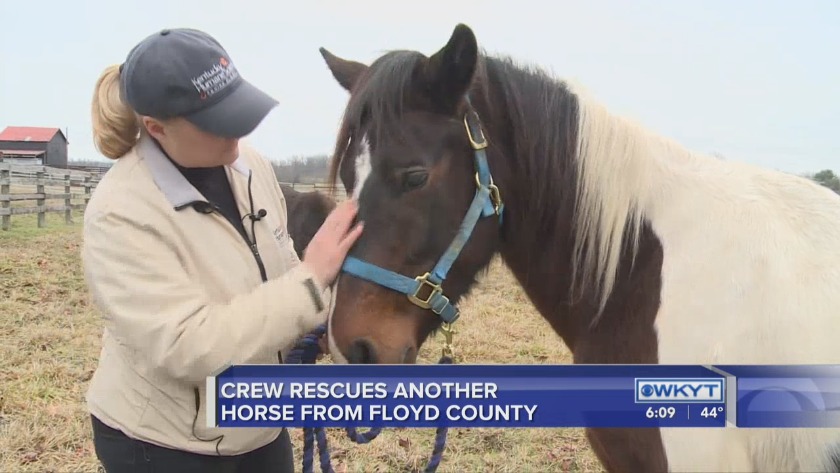 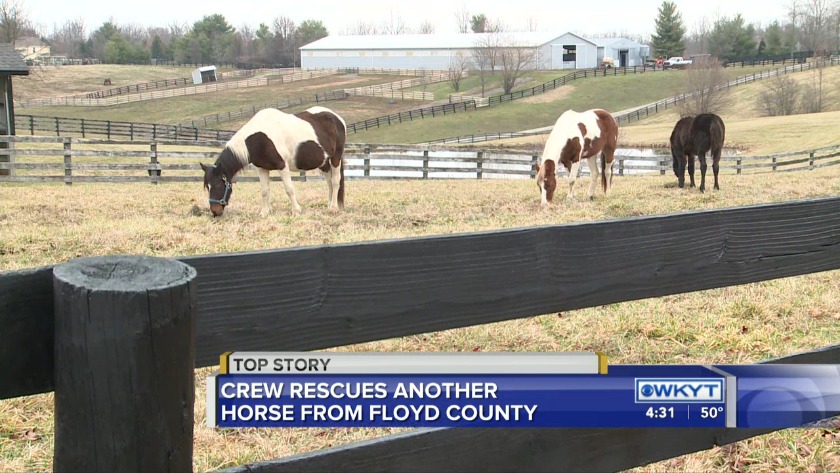 SIMPSONVILLE, Ky. (WKYT) - The Kentucky Humane Society said they received another horse from the free-roaming herd that was shot in Floyd County.

The horse was captured by Dumas Rescue, a local rescue facility in Eastern Kentucky.

The filly is believed to be the daughter of Hope, the pregnant mare who was rescued in late December, and sister to Knox, the weanling colt.
All three horses are at the Kentucky Humane Society’s Willow Hope Farm in Simpsonville.

Dumas Rescue is working to capture the remaining horses from the herd. KHS reports that they were about to rescue the last three survivors from the herd when someone shot a gun in the distance that spooked the horses.

At least 20 horses were found dead near a strip mine near Floyd County along US 23 in December.

If you have any information about the shooting of the herd, you can call the Floyd County Sheriff's Office at (606) 886-6171.