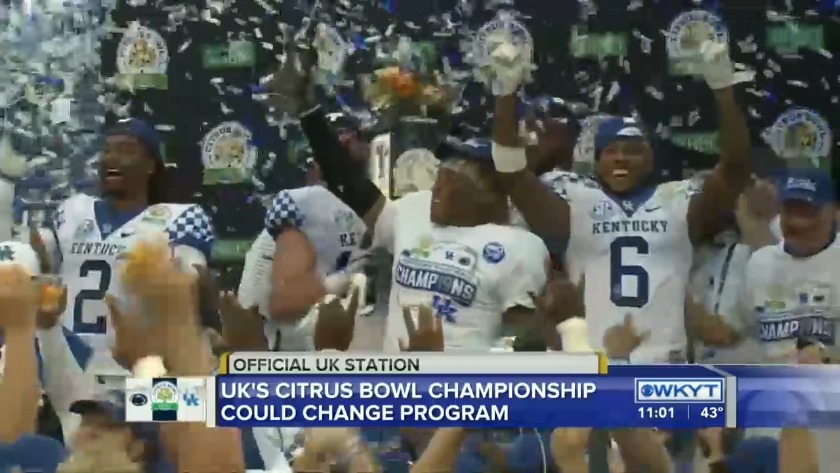 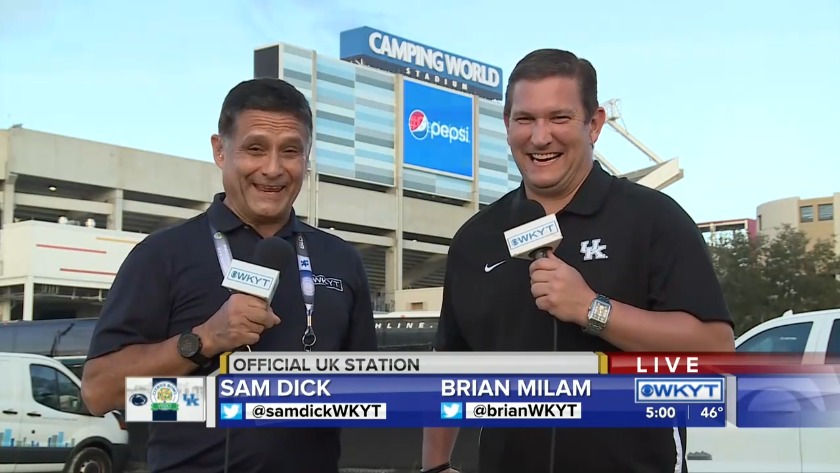 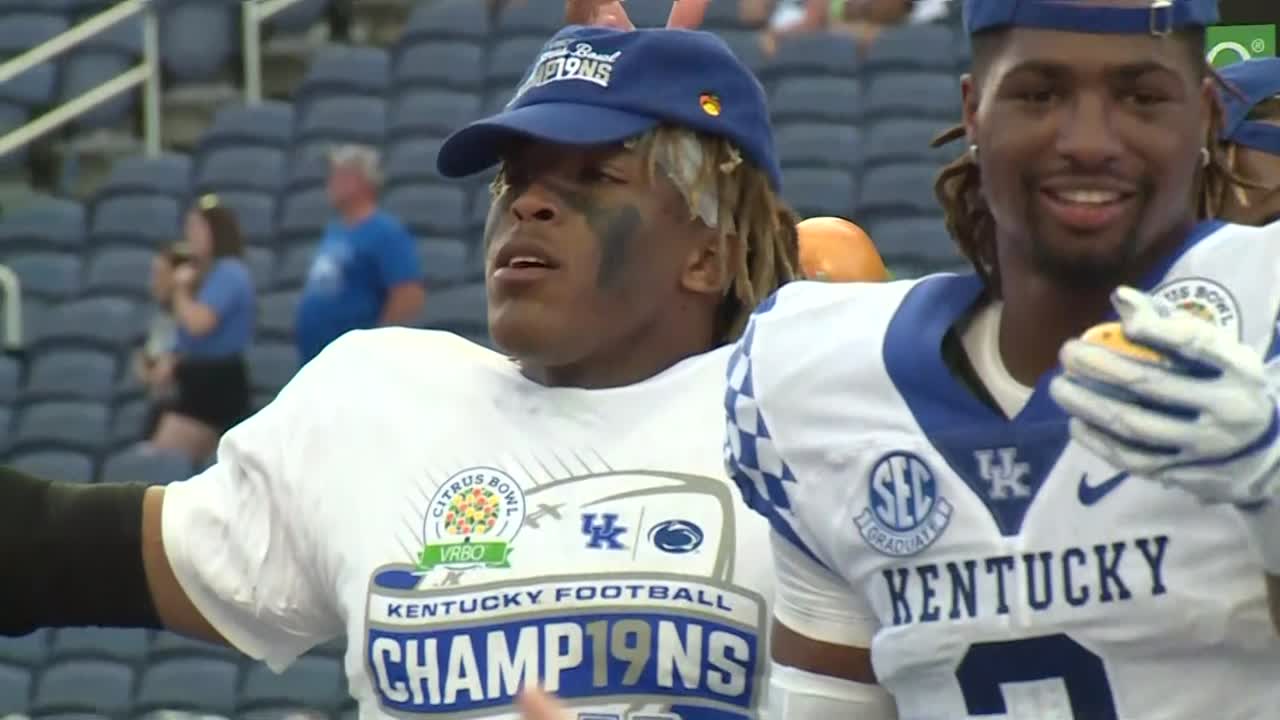 ORLANDO, Fla. (WKYT) - The Kentucky Wildcats have accomplished the first 10-win season in more than four decades by defeating Penn State 27-24 in the Citrus Bowl.

Defense and special teams carried the Wildcats for most of the game, as Kentucky was able to take advantage of a botched Penn State fake punt to open the scoring with a field goal. That was followed by a Kentucky punt return touchdown to give Kentucky an early 10-0 lead. Linebacker Josh Allen would be a menace in his final game for Kentucky, recording three sacks and one blocked field goal.

Penn State would answer with a second-quarter touchdown to bring the Nittany Lions within three at halftime, but Kentucky's offense would set the stage to start the second half. The Wildcats would score on their first three offensive possessions, capping the third scoring drive off with Benny Snell's 12-yard touchdown run which gave him the school's all-time rushing record.

The Wildcats would execute the four-minute offense to near-perfection, dwindling the clock and getting clutch first downs, securing the victory, as Penn State would fail to complete a miracle play with one second left.

RECORD. BROKEN.@benny_snell is the all-time leading rusher in school history! And doing it in style on a 12-yard TD run! Congrats, Benny!!