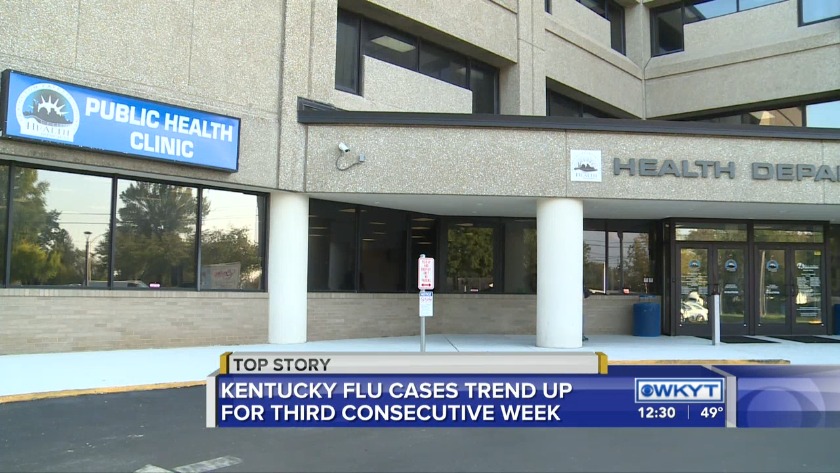 LEXINGTON, Ky. (WKYT) - We're at the peak of flu season, and for the third week in a row, the number of flu cases in Kentucky has trended upward.

Looking at the latest flu numbers from the Kentucky Department of Public Health there are about 2,000 new cases here in the state.

The health department releases the number of new cases each week and last week there was a total of 2,101 reported cases.

Health officials say the state flu activity level is widespread, meaning there have been confirmed cases in at last half the regions of the state.

At least 50 people have died, four were under the age of 18.

Health officials say we saw the highest number of flu cases at the end of December, then a downward trend through mid-January.

Clarence Sullivan, a Lexington pharmacist, tells us he's filled more than a dozen flu medications in the past few weeks

"[I'm] Surprised by how many people haven't gotten their flu shot," Sullivan said.

He says it's not too late to get the flu shot.

Although it won't prevent you from getting the flu, it could help lessen the severity of symptoms if you do.

Health officials say other precautions you can take are staying home if you're sick and washing your hands frequently.