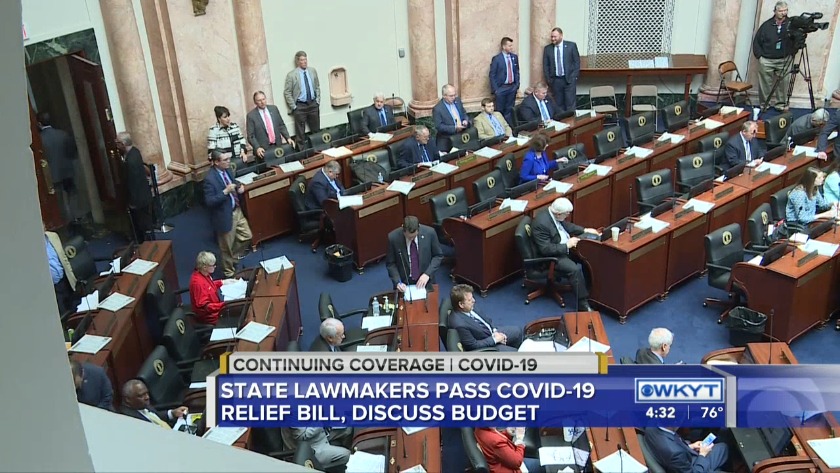 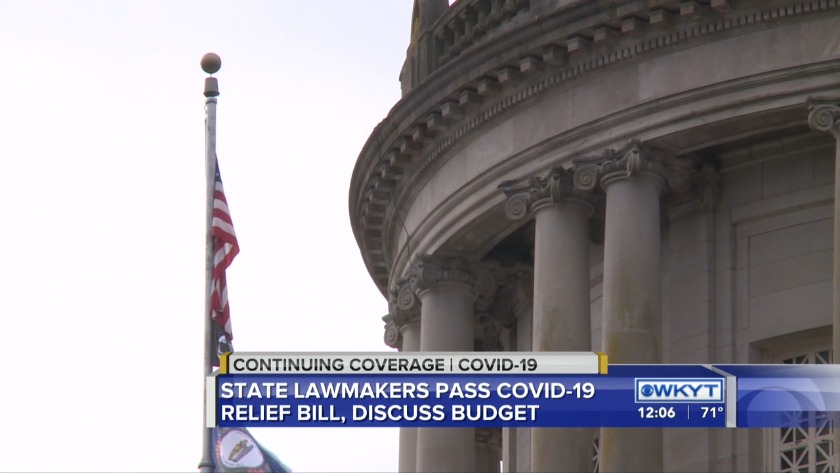 Exterior of the Kentucky State Capitol in Frankfort, Ky

It’s Senate Bill 150 and would help with everything from unemployment to enhancing some of the executive orders issued by the governor.

Both the House and Senate passed the bill unanimously Thursday night. The work came as lawmakers reconvened after a weeklong break due to the coronavirus outbreak.

It’s designed to help everyone from people laid off to businesses who have lost out or had their hands tied because of the mandates and restrictions handed down.

Governor Beshear has already said there would be fewer restrictions for people trying to file for unemployment and the bill further enhances that.

It is also designed to give the governor and executive branch more power to move forward.

People who lost jobs or had their hours cut can apply for benefits. It clarifies physical or occupational therapists as temporarily deemed health care providers.

We have already seen some eateries changing to become more of essential item stores, just so they can remain open. This bill further clarifies what can be done.

Thursday, House Speaker David Osborne said it was the most important thing they were doing.

“Waiving some of the penalties that occur for people that have long-standing records for how they utilize unemployment insurance so their rates don’t spike,” Osborne said.

The bill would also require the governor to declare in writing when the COVID-19 emergency is over. If not, the general assembly could declare it over when the next regular session starts.

Lawmakers also advanced a bill to expand the state attorney general's authority to regulate abortion in Kentucky and gave final passage to a bill allowing consumers to have spirits, wine or beer shipped directly to them.

Lawmakers have only a handful of days left in this year's abbreviated session because of the pandemic. They are scheduled to reconvene next week.