Kentucky looking at possibility of voting by mail for primary 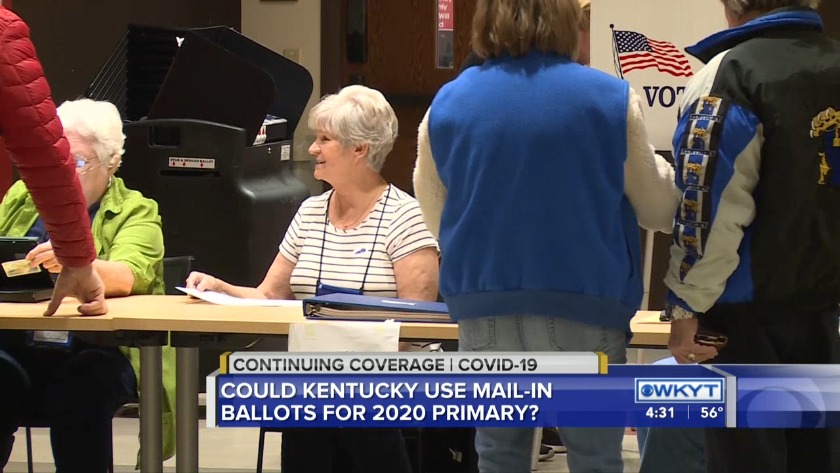 WATCH Kentucky looking at possibility of voting by mail for primary 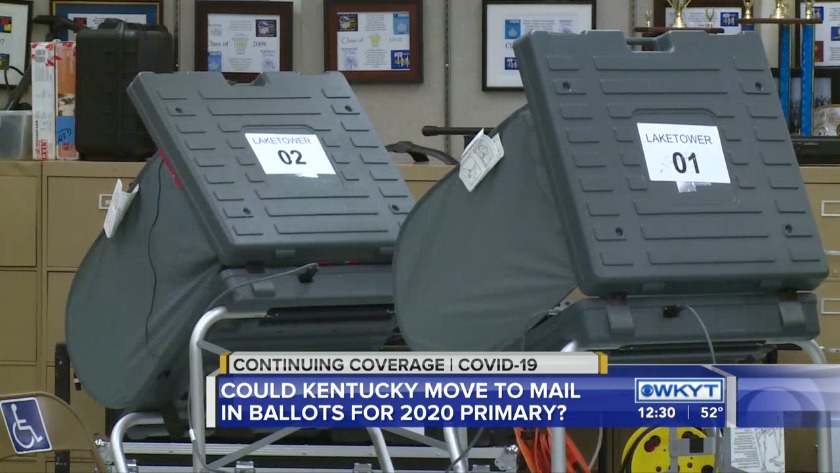 WATCH Kentucky looking at possibility of voting by mail for primary

FRANKFORT, Ky. (WKYT) – The COVID-19 pandemic has changed many things for Kentuckians. Now, it could change how we vote.

Governor Andy Beshear and Secretary of State Michael Adams have already agreed to push the primary back to June 23, but now there are concerns that may have to change as well.

The governor says he is concerned about the wellbeing of poll workers, many of whom constitute a population that is vulnerable to the virus. Thursday morning, Secretary of State Michael Adams met in a Zoom meeting to go over options to address the situation.

One of those options includes an absentee method and in-person voting by appointment. Another option would allow voters to drop off their absentee ballots at their county clerk’s offices, as long as it’s done by 6 p.m. on election night.

“I was shown some initial projections on what it might cost the state, and I am absolutely willing to do it,” said Governor Beshear. “I can’t ask poll workers, especially when they are in the most vulnerable population of the coronavirus, to be in that facility of people coming in and out.”

The options discussed by the State Board of Elections Thursday morning will pose a number of challenges, and any results or their effects on election night as it is now, are unlikely to be immediately available.

One of the big questions being talked about is the verification of voter signatures on their ballots.

Governor Beshear also says it would be good to have a test run of voting by mail in the primary, especially if it is needed in the November election.