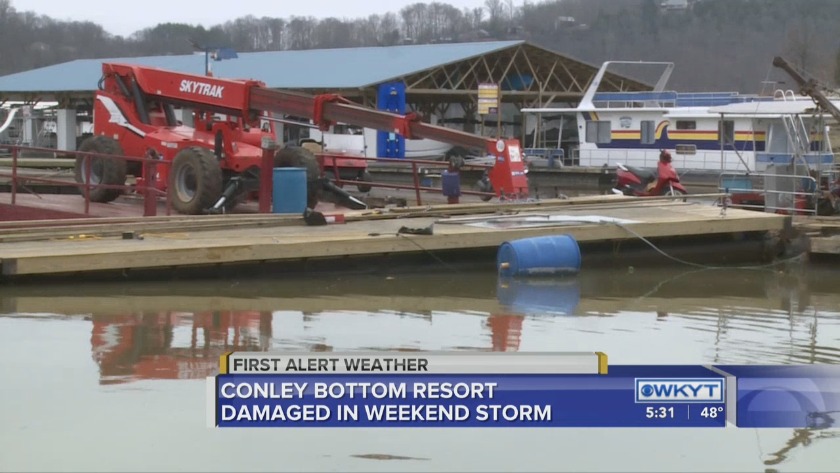 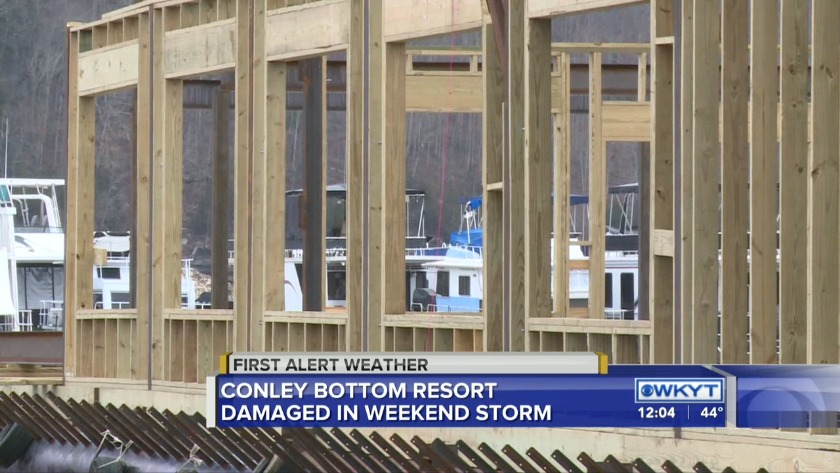 Part of the roof of two of the marina's docks were blown off. It's just the latest setback for the marina on Lake Cumberland.

The marina suffered a major loss when a May 2019 fire destroyed part of the marina that held the restaurant, office and store. They were able to remain open and owners say the summer crowds were still very strong.

Rebuilding started in fall and the new structure is already on the water with the second level walls going up. Earlier last year the rising Cumberland flooded part of their campground and caused a lot of work to maintain the structures in the higher than normal water.

The storm Saturday caused about $25,000 to $30,000 in damages but did not damage any of the areas under construction.

No one was hurt in the storm and owners say the damage can be repaired in time for the summer.

Firefighter raise thousands within hours for one of their own

Police: man arrested for breaking into home and stealing underwear

Adam Burniston's Forecast | Another dry day before changes move in

Firefighter raise thousands within hours for one of their own

Police: man arrested for breaking into home and stealing underwear