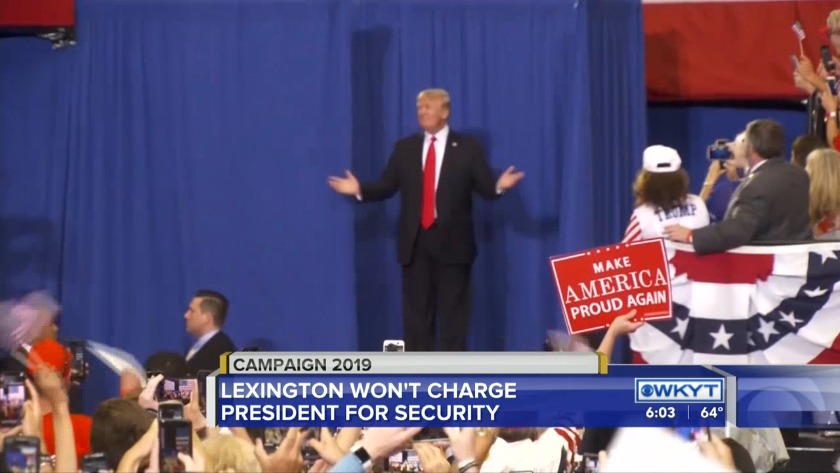 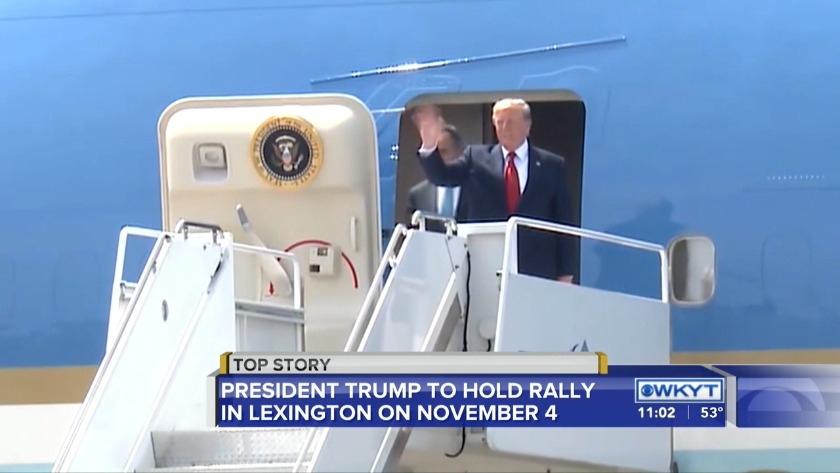 Trump's Nov. 4 visit is likely to draw more than 10,000 people, which is the attendance level that leads to the city providing increased protection for the general public.

Mayor Gorton said the security measures for politicians with U.S. Secret Service protection have happened in the past for former Presidents and other major candidates regardless of party.

"[W]e have not charged for security," Gorton said in a Facebook post. "There is no law that allows us to do so, or that requires campaigns to reimburse us. Police leadership always works to minimize overtime costs."

Gorton added the city's standard "is about protection of free speech and safety for all."

Rupp Arena is a public facility, and the Lexington Center is required to rent the space to any lawful organization if the dates are available. There is a $40,000 rental rate plus a payment for additional staffing.

Trump is coming to Lexington on the eve of Kentucky's gubernatorial election where he is expected to help rally support for Gov. Matt Bevin as he faces a tough reelection campaign against Democratic Attorney General Andy Beshear.