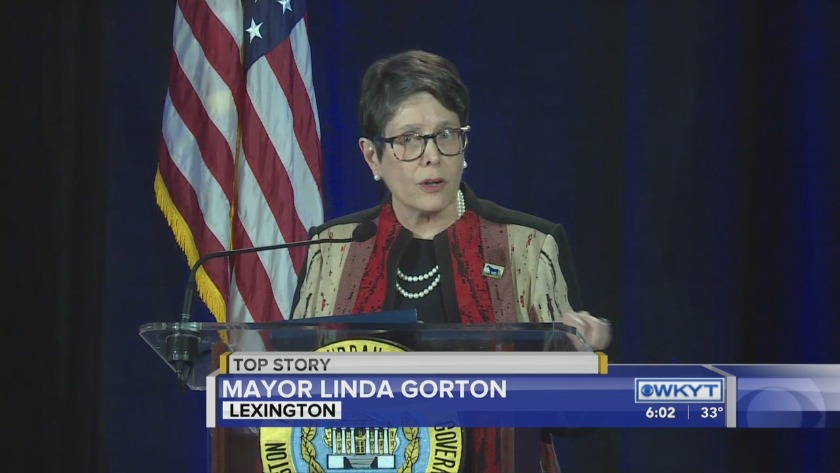 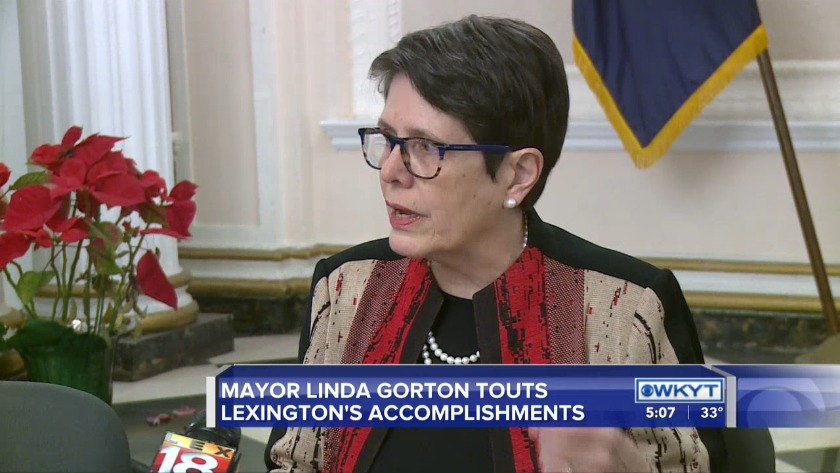 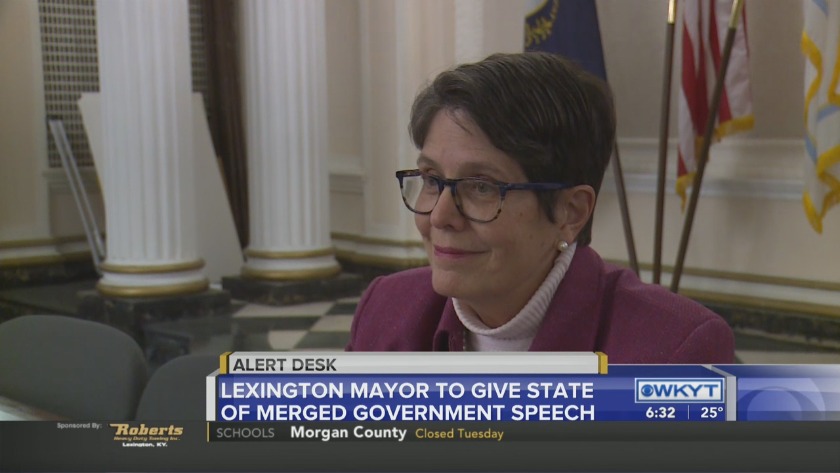 WATCH: Lexington Mayor Gorton to give State of the City/County Speech Tuesday

Mayor Gorton talked about the city's accomplishments in her first full year as mayor, and her vision for 2020.

She started the speech by focusing on public safety, including the city's fight in the opioid epidemic.

Mayor Gorton said the city's effort to get naloxone into the community helped reduce the number of opioid deaths 40 percent from 2018 to 2019. Firefighters say their opioid-related runs dropped by more than 25% in 2019.

She also said Lexington was safer in 2019 than the previous five years. The crime rate was also lower than Louisville or Cincinnati.

In 2019, Mayor Gorton tightened the city's budget by asking every department to cut its own budget, along with putting a freeze on new hires and a 12-day furlough for senior leadership staff.

Still, Gorton found funding to keep a community paramedicine program from landing on the chopping block.

By November, Gorton was crediting belt-tightening for the city having a nearly $4 million surplus.

But there were also a record-breaking 29 homicides in Lexington in 2019. The mayor introduced a new initiative in October to combat crime in the city.