Lexington joins the country in remembrance of 9/11 attacks 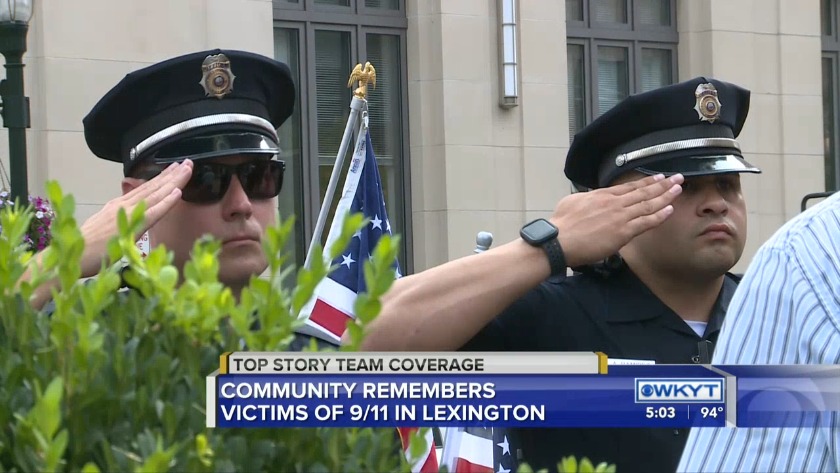 WATCH Lexington joins the country in remembrance of 9/11 attacks 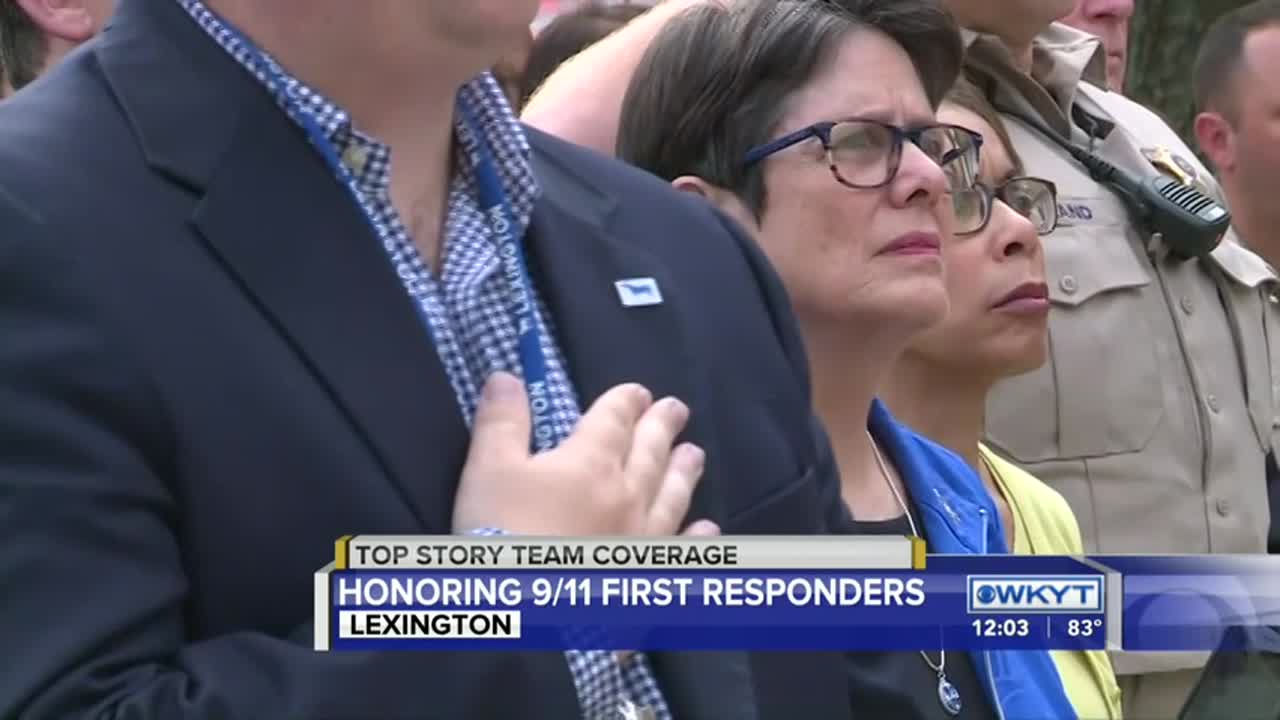 Lexington joins the country in remembrance of 9/11 attacks

Honor Guards from the city's Police and Fire Departments were on-hand for the memorial service. (Photo: WKYT/Chelsea Jones)

Nearly 3,000 people were killed in coordinated attacks in New York, the Pentagon, and Shanksville, Pennsylvania. More have since died from following exposure to debris and toxins from the Twin Towers.

Wednesday morning, Lexington police, firefighters, and elected officials, along with members of the community gathered downtown to remember those who made the ultimate sacrifice.

“We have to remember that they gave everything for this job, for their communities, for their families,” said Lexington firefighter Michael Hurt.

Honor Guards from the city's Police and Fire Departments honored the first responders who died in the attacks with a service at the fallen police and fire memorial at Phoenix Park.

Local responders shared their own memories from that day, and what the community must do to continue going forward.

“All public safety agencies have put policies and plans in place from the federal level all the way to the local level to help prevent an incident like this,” said Lexington Fire Chief Kristin Chilton.

During the ceremony, people covered the entire sidewalk from the Lexington Public Library all the way to City Center. Those who spoke today say they’re glad to see so many people still remembering 9/11 victims.

At 7 p.m. there will be a memorial stair climb at Kroger Field. First responders will climb the equivalent of 110 flights of stairs to honor and remember the 403 firefighters and police officers killed in 9/11.